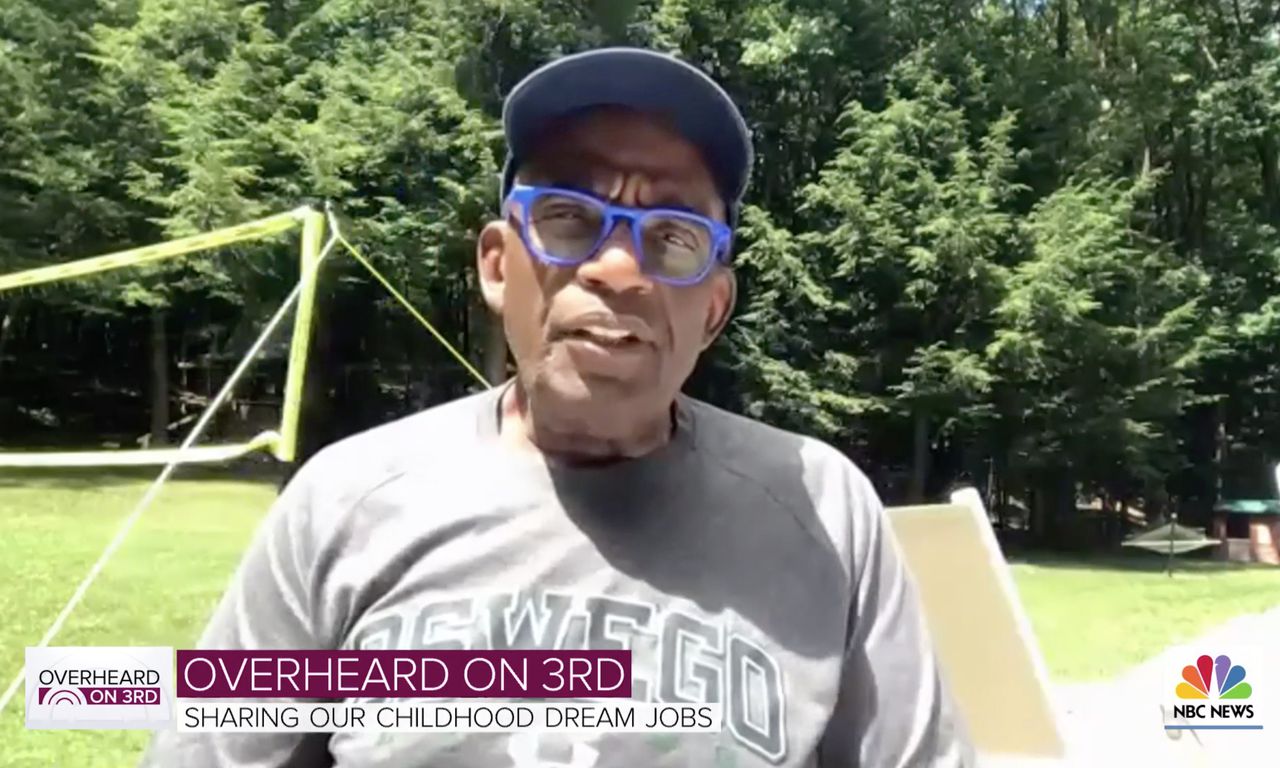 Syracuse, NY – Before becoming a famous television weatherman, Al Roker had his own comic strip for a Syracuse newspaper.

Roker took questions from readers of the “Today” show on Tuesday morning, including one fan who asked what he and his co-workers wanted to be when they were kids.

“I wanted to be an animator for Walt Disney,” Roker said. “I am an amateur designer, I loved Disney cartoons. So that’s what I wanted to do. »

Roker, portraying his alma mater in a SUNY Oswego t-shirt during the remote stream, said he had done some computer animation but was ‘intimidated’ by the artists who made films animation and TV shows.

“3rd Hour Today” co-host Craig Melvin recalled that Roker also loved comic books, and Roker admitted he would have loved to be a writer for a daily comic.

“I had a tape for about six months at the Syracuse New Times,” Roker said, referring to “Salt & Pepper,” which debuted Oct. 3, 1976, in the now-closed paper.

Melvin and Sheinelle Jones were surprised and wanted to know more.

“(It was) a black guy and a white guy. The white guy’s name was Pepper and the other guy was called Jeremy Salt. They were two guys hanging out.

According to The Syracuse New Times, “Salt & Pepper” only lasted 10 strips and focused on two housemates, actually named Gregory Salt (who looked like Roker) and McFarland Pepper, living in central New York and discussing politics and local news. The jokes included references to WCNY, Syracuse Mayor Lee Alexander, the Civic Center (now part of Oncenter), and a TV show hosted by Bub Harbinger called “Bowling for Bozos”, a parody of the show “Bowling for Dollars” by local meteorologist Bud Hedinger. .

Roker wrote the tape during his time at WHEN-TV, now known as CNY Central’s WTVH-5. He was hired at the Syracuse Television Station in 1974 while attending Oswego State.

Roker finally gave up on his cartoonist dreams after graduating in 1976 when he was hired as a weatherman at a television station in Washington, DC. He now appears on national television daily as the weatherman of the “Today” show and co-host of NBC. “3rd Hour Today” from the morning show. He also hosted shows on Food Network and Weather Channel, and starred in movies and TV shows like “Sharknado 5”, “Kung Fu Panda 3”, “The Simpsons”, “Seinfeld” and “Cloudy with a Chance of Meatballs”. ”

While promoting his new book, “You Look So Much Better In Person: True Stories of Absurdity and Success,” Roker said he never imagined being a TV star.

“I had no intention of being on TV,” he told TV Insider last month. “I didn’t think about it, I didn’t think about it. When I looked in the mirror in college, I was already losing my hair, was stocky, had glasses, and was black. In 1974, it wasn’t a recipe for, ‘Hey, do you want to be on TV?’ But I wanted to be on TV. I wanted to work on TV, not on TV. But when my head of department wanted me to audition for it, I said, ‘Yeah, why not? What’s the worst that can happen, I didn’t get the job? Never mind.'”

Roker also told the publication that he was very excited to use the stream to write about his love of comic books and to meet one of his idols, “Peanuts” creator Charles Schulz.

“I’m a comic book enthusiast and I doodle a bit,” he told TV Insider. “And I got to interview him not once, but twice for Peanuts’ 50th anniversary, and then sadly six months later when it was discovered he had been diagnosed with colon cancer and was dying. He asked me to come back to interview him one last time. And that meant the world to me.