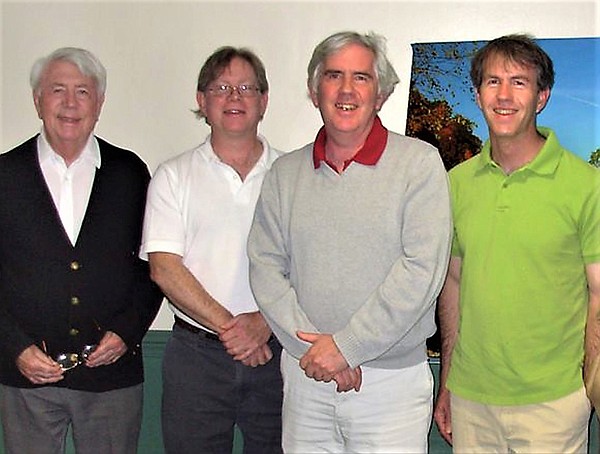 The late Mort Walker, a Missouri native and WWII U.S. Army veteran, was living in dingy, sparse housing in New York City when he introduced the Spider character as part of a comic book set on a university campus. The strip did poorly at first, and “after six months had only signed twenty-five clients”, Walker wrote in the 2000 book “Mort Walker’s Private Scrapbook”.

With the advent of the Korean War, it was suggested that he put Spider in an army uniform, beginning the transition to “Beetle Bailey” and adding a cast of soldiers who won hearts. generations of comic book readers.

In recent years, Beetle has garnered a slew of fans around the world and has become a revered comic that continues thanks to the vision and efforts of three of Walker’s sons.

Prior to his passing in 2018, Walker explained that many of his military experiences in Missouri inspired aspects of the humorous strip. In 1943, his brief time serving at Camp Crowder near Neosho resulted in the establishment of “Camp Swampy”. This was followed by his introduction to Sgt. Octavian Savou during military school at Washington University in St. Louis, leading to the persona of “Sgt. Snorkel”.

“I was born the same year as Beetle,” said Walker’s son Greg, who continues to work on the strip. “I think what’s led to its popularity is that it’s about a group of people coming together and they have to learn to work with each other.”

He added: “People in many environments can tune into it – whether it’s the military, a college dorm, or an office.”

Growing up, young Greg Walker’s preamble to cartooning came while looking over his father’s shoulder as he worked on comics he created or co-founded, including the popular “Hi and Lois “.

Years later, when Greg attended Syracuse University, his father began bringing his son into his personal cartoon world when he extended the opportunity to earn money by writing gags ( punch lines) for comics.

Laughing, Greg explained, “I wrote a few gags for beer money and some spare money for my pocket and kept doing it.”

Graduating from college in 1968 with a double major in English and photography, he started working for a film company in New York, but soon received an offer to write on the side for Gold Key Comics. Although fairly new to the comic world, he was now writing for the “Dudley Do-Right” and “Rocky and Bullwinkle” series.

New prospects shone on the professional horizon when Frank Johnson, an East Coast cartoonist, was asked to draw a Flintstones comic book spin-off titled “Barney and Betty Rubble.” When Johnson later turned down the business, Greg Walker hired pencillers and artists while completing writing for the new series.

Greg Walker’s developing cartooning skills led his father to ask if he’d like to come and work with him on the daily Beetle comics he was writing and drawing.

He claimed: “At that time I was married with children and the salary was much better than what I was earning.”

For several years Mort Walker collaborated with famed cartoonist Dick Browne to create ‘Hi and Lois’ but the strip was later written by Greg Walker while Brown’s son Robert ‘Chance’ agreed. responsible for drawing the characters. Greg’s brother Brian was brought into the comic book fold in 1980, when he began writing for “Beetle Bailey” and “Hi and Lois.”

Greg and Brian’s younger brother, Neal, has become the newest addition to the family’s cartooning legacy.

“It’s very much a family business as Brian does most of the writing and Neal helps me with the artwork,” said Greg Walker. “I’m ‘the inker’ and go through all the penciling and finish the finished artwork. We still have a lot of unused gags that were written by our dad and sometimes if I find a gag , I letter, pencil and ink it to the end.”

Reflecting on the changes that have taken place in the studio environment since his father’s passing, Greg Walker happily remarked, “I still have work to do, but when my dad was still alive I was definitely playing a lot more. golf.”

There may be no way to predict Beetle’s future.

Walker acknowledged, “It’s kind of scary to have started doing this in 1968 and been involved in it for over 50 years.”

Showing an authenticity reminiscent of his father, the young Walker concluded, “The Beetle strip has a certain Midwestern sensibility that’s been there from the start. And it’s always nice to hear someone say they remember and appreciate the humor of the strip, especially in a world where there’s so much competition for people’s time and attention.”

Jeremy P. mick writes on behalf of the Silver Star Families of America.