We’ve got a hearty mix of comics for you all week. From our “Dr. Frost” course, taking things to a movie tied to one of the biggest media companies in the world and a video game tied to what was, at one point, a really big video game That’s right, we have PUBG’s ‘Eternals: The 500-Year War’ and ‘Night of Silence’ What a weird world we live in.

All this and a nod to the shadow of Punxsutawney Phil in this issue of The Webcomics Weekly.

It may be too early to tell, but “Dr. Frost” Season 4 feels like it will be the last season of the comic; the season’s expanded scope and impending showdown with Moon feel like a final boss fight at the end of a particularly important action game. I do not to want this is the case. I would like to have more seasons with these characters. And who knows? It may be a long season or even a multi-season arc, but the end is in sight whether it’s near or still on the horizon.

This, however, has little bearing on “The Trap”. While Moon’s presence is a constant cloud over the arc, much of it is there to get the characters and audience used to the new status quo, starting with the all-new, yet very familiar, dynamic between Seonga and Frost reunited. . I have to say, when we got to the end of the third chapter and Seonga saw Frost and Pavlov, I was in tears. It’s a small moment but Lee is cooking up a reveal that we all know is coming with such precision that I couldn’t help but be moved. It’s in the softness of Seonga’s expressions, the close framing of her eyes and reactions, and the extra spacing between the silent panels as she turns to see Frost standing there, after seven years of silence. .

The rest of the arc wrestles with this silence, how it affected Seonga, why Frost felt he had to, and whether his actions were right or wrong. At the end, Lee tells Frost, and by extension the audience, that this comic is irrevocably different and that’s okay. Frost is no longer a teacher. He’s not even a doctor anymore, although I don’t think that can be revoked that easily. He is alone, by choice, and has developed a panic disorder which he manages but not well. Seonga is a professor, working to help solve crimes with Professor Chun’s son, and is much more confident than she once was.

At first, the two try to fall into a familiar pattern, but seven years have changed them both. At the end of “The Trap”, Seonga tells Frost that not only are their roles reversed, but his lone wolf crusade against Moon cannot continue. It’s not healthy for him. Asking for help is not a weakness and although Frost knew it, he needed to be reminded of it, just as we often have to too.

The final aspect of “The Trap” that caught my attention was its emphasis on radicalization and intolerance of “the other” as the central disease of this season. I think it’s the perfect topic to explore for our time and I’m very curious to see how it differs and reflects the same factors that we see at play here in America. Considering “The Trap” was about how a young person’s economic fears and anxieties were exploited, nurtured, and used to turn them against immigrants and “the other” by malicious actors via the internet, I suspect that c is too similar. 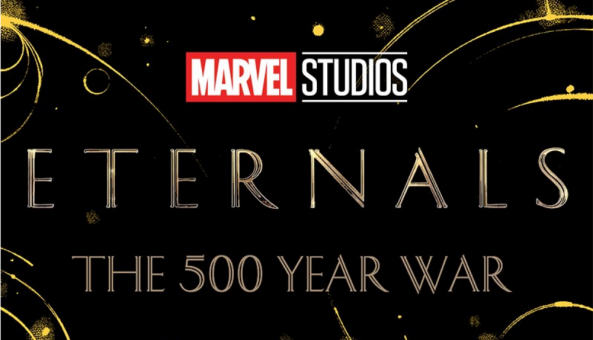 A new seven-episode webcomic linked to Eternalsthe MCU film around the world that introduced many new characters to the MCU hit webtoon, subtitled The 500 year war. DC may have beaten Marvel at the webtoon collaboration game, but this comic seems to be set in MCU canon and may even hint at future characters. Even though it’s just a standalone story, the webcomic connects the Eternals with known human historical figures in an entertaining way, even if the overall story doesn’t add much to what we saw in the movie.

Although ostensibly set in 16th-century Babylon as the Eternals prepare to depart their Domo spaceship, the webcomic travels through much of human history and features several well-known legends and legendary creatures. Written and illustrated by a rotating lineup of writers and artists, each episode is action-packed, with only the one featuring Phastos and Ajak in Spain slowing the momentum. Adjusting the story into a “remember when?” The kind of frame story is awkward, because the Eternals basically all hold themselves around the story they lived in a way no one actually would. But it’s an effective way to get actors to tell their part of the story.

Druig and Makkari first encounter a Deviant in Japan, and during the battle he steals Druig’s power, allowing him to control a series of Deviants over the next 500 years. The “kappa” is defeated in part thanks to a true warrior, Minamoto no Yoshitsune. Next, Sprite and Kingo return to 12th-century Korea and tell the story of historian Kim Busik, who recorded the historical records of the Three Kingdoms. There they encounter a kumiho, a nine-tailed fox monster. This detail may indicate possible future appearances of the White Fox, a member of the Tiger Division hailing from Avengers: Electric Rain, Marvel’s first foray into the webtoon format. After Japan and Korea, Phastos and Ajak travel to Spain, and Gilgamesh and Thena battle the Kraken. This all culminates in a final battle in which all of the Eternals must use their powers to defeat the telepathically united Deviants.

All of the episodes are gorgeous and most are easy to read, my favorite being Thena and Gilgamesh’s underwater battle with a sea monster. The panels are perfectly placed to show you the action and show off the beautiful character designs. Plus, who doesn’t love a good sea monster? Unfortunately, the art style of the final battle, while very cool and colorful, doesn’t sit well with the vertical scrolling format and I had a hard time understanding how the action unfolded. It seemed more suited to a traditional layout. The way it was laid out, with action panels and background stacked on top of each other in a large scroll, was difficult to read, which is a shame because the artwork itself was excellent.

As with the Eternals movie and comics, your mileage may vary and will greatly depend on whether you have a favorite Eternal or care about the larger history of the Celestials and Deviants and how they fit into the MCU as you go. that he advances. I have a hard time connecting with all the characters, but I enjoyed some enough to read them and especially enjoy the 500 years war even if it doesn’t add anything revolutionary to the existing canon.

Thus, PUBG Corporation, creator of Player’s Unknown Battleground aka PUBG, announced a media agreement with Webtoon. This makes a lot of sense considering the variety of comics from platform publishers who use the visual language of video games to tell their stories. “Night of Silence” is one of the first three series under this deal and probably the most surprising of the trio. “The Retreats” takes the concept of the battlefield and puts it in an obvious class commentary between haves and have-nots, drawing a line extremely close to hunger games. “100” is what you’d expect, it thematizes the Battlegrounds storyline into an action series. “Night of Silence,” however, is a…murder mystery with a hint of a “postal” spooky town that threatens to erupt into some kind of Purge-violence. It’s a lot to throw at readers in the early episodes and it mostly works.

Writer Dongwoo Han’s script is functional if a bit brutal as it sets up the main character of Leah, who returns to her small town in America after the death of her novelist father. The raw qualities of the script come more from the uncredited letterer who uses the same font for what seems to be on every occasion, making everything read flat. Overall, Dongwoo Han and artist Q-Ha work quite well together. Q-Ha’s art has that Rahsan Ekedal quality, it seems more Western influenced like it’s coming out of the Edenverse to Top Cow. The elongated gutters and the lack of variety in the design of the panels also contribute to the feeling of flatness. But suddenly a phrase is spoken and the art style changes with red auras emanating from everyone and their eyes suddenly bloodshot and stressed, a very expressionistic twist on what is a fairly realistic aesthetic. These sudden changes are the most effective tools in this series so far.

The actual conceit of the mystery, in which the author Father appears to have been assassinated by the dark cabal that rules the battlefield is a startling and obvious twist. The flashback/imaginary of a Battlegrounds game is an interesting moment of quasi-intertextuality. With this dark cabal hanging over everything resident Evil the vibes begin to show, and that’s before an obvious scare from their playbook occurs.

It’s not the best series out there, it’s more than good. But the willingness to go to a different space in terms of gender and ownership is fascinating and that’s what makes me want to read more.