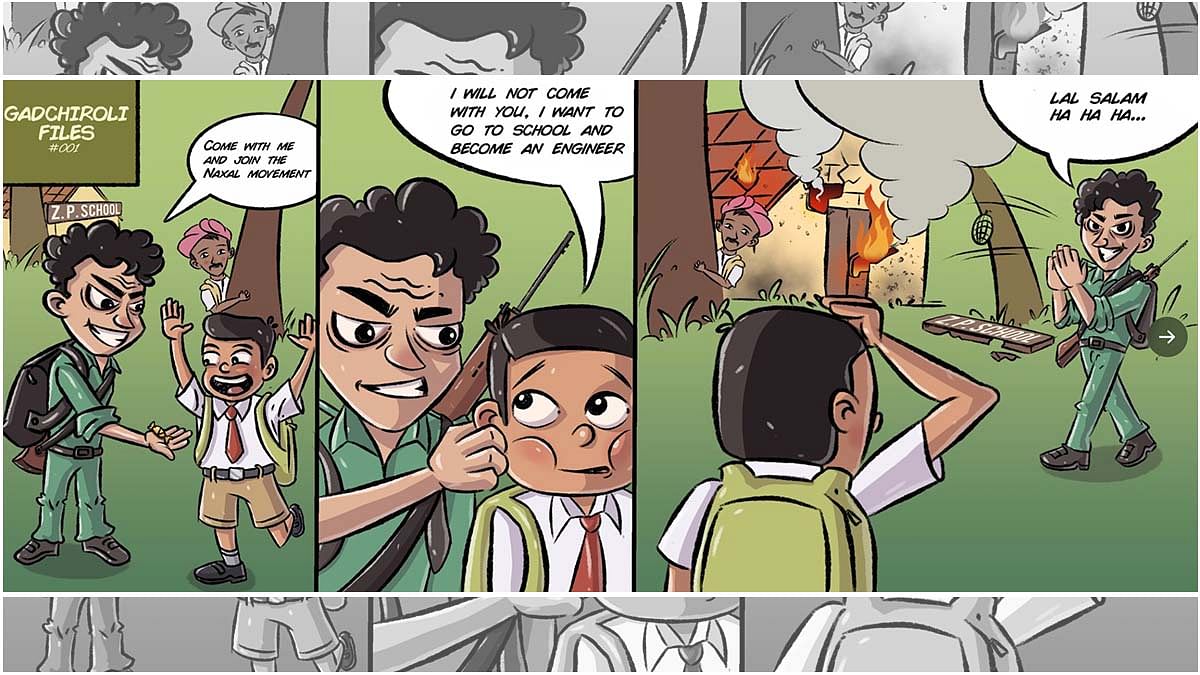 Mumbai: Senior police officers in Gadchiroli, Maharashtra, have decided to sit down fortnightly this year for a different kind of assignment – to think up a story, write a script and bring in an artist local to draw caricatures. The final product is a comic strip titled “Gadchiroli Files”.

“Gadchiroli Files” is a district police initiative to counter Naxal propaganda in the region of Maharashtra known for the Maoist insurgency. The first such comic was published on January 2.

“We want to convey the reality on the ground in the Gadchiroli neighborhood, to tell people how the Naxals are hindering development work in the neighborhood. We thought a comic would be catchy and convey our message more effectively instead of circulating long pages of material among people,” Gadchiroli Police Superintendent Ankit Goyal told ThePrint.

Goyal and a team of three additional SPs work on the comic from start to finish, thinking of themes to highlight and turning them into the storyline.

“While the main focus will be on showing people how the Naxals are hindering the development of the neighborhood, over time we will also focus on highlighting major issues in the neighborhood, raising awareness of public issues, discussing various government and police welfare programs etc. We also don’t know what form it will take in the future,” said Goyal, an IPS officer in 2010 who took over as head of Gadchiroli SP in 2020.

The inaugural comic was uploaded on January 2 this year as “Gadchiroli Files #001”, published by Gadchiroli Police on their social media in three languages ​​– English, Marathi and the local Gondi tribal language.

‘Gadchiroli Files #001’ was a three-panel strip with the first panel showing a supposed Naxalite with a gun strapped to his chest telling a boy outside a Zilla Parishad school to come join the Naxal movement with him.

In the second panel, the boy tells the visibly furious activist that he won’t join the movement and that he wants to go to school and become an engineer instead.

Next, the Zilla Parishad School that stood in the background is on fire, from which large puffs of smoke rise, and the school board toppled. The Naxalite laughs and says: “Lal Salam”.

The second tape is due out this week, Goyal told ThePrint.

“So far we’ve had a strong response from people. We plan to continue posting the Marathi and English versions on social media as it is more powerful than any other medium at the moment,” Goyal said.

“For the Gondi version, since we are specifically targeting the tribal population, we will print some of these tapes and distribute them as pamphlets in remote villages where there is little connectivity or internet access,” he said. added.