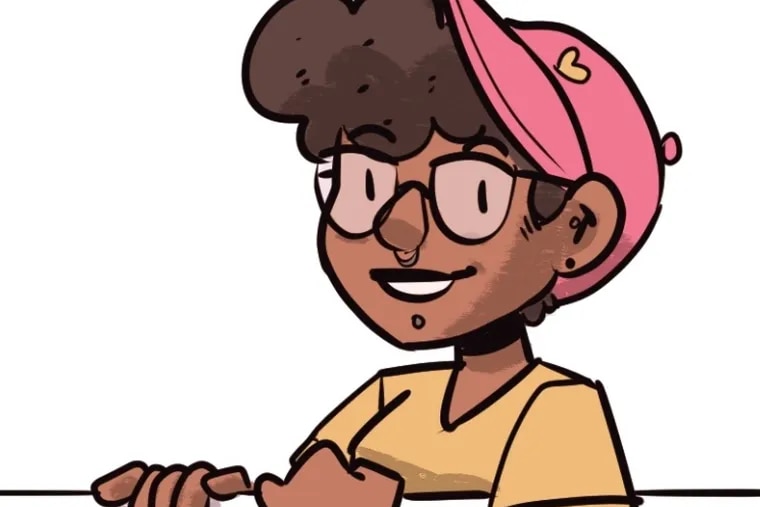 Steenz is the new artist for the ‘Heart of the City’ comic, which is set in Philadelphia

For St. Louis-based cartoonist Christina Stewart, known as Steenz, what makes a comic book worth reading is its ability to transport readers to a different world. As the newly appointed illustrator and storyboard artist for the newspaper comic “Heart of the City,” set in Philadelphia, her final world is ours.

Steenz, 29, inherits the gig from South Jersey illustrator Mark Tatulli, who created the series in 1998. It began on Monday. His first syndicated strip will appear in The Inquirer on May 24.

» READ MORE: “Changing City” – our collection of topical cartoons for 2020

Few black women have had roles in creating funny stories for newspapers; Steenz is one of the few. She has a decade of experience in the comics industry – including running a comic book store and working for a comic book publisher – and is the author of the award-winning graphic novel, Archival Quality (2018, Oni Press).

“Finishing a graphic novel is very important in that it shows you know how to run something from start to finish,” she said. “I saw this as an opportunity to add something else to my repertoire.” She will juggle her new role with a teaching job at Webster University and freelance writing jobs.

The Inquirer spoke with Steenz about creating his new position, the diversity of newspaper comics, and why you won’t see much about the coronavirus pandemic in storylines.

This interview has been edited and condensed.

The comic’s editor, Shena Wolf, contacted me and asked if I would be interested in doing comics. I grew up reading comics and I draw a lot of inspiration from them when it comes to simplicity and cartoonishness. I thought it was a really good opportunity to combine all the things that are close to my heart and also to learn how to do another skill.

Typically, I send my editor about three months worth of stories in advance. She’ll walk by and make sure it’s flowing. Once she realizes that, they go into production. So one week I do a hard [draft], then the following week I will finalize and upload them. I do this every week. We stay about six weeks ahead and I work on it every day.

It’s closely related to the Saturday morning cartoons: Break, Hi Arnold!, Doug, that sort of thing. They were my inspirations when I was younger, and they’re the kind of shows I pull from when I think about working with stories that focus on kids — specifically, like middle school and younger kids.

The biggest difference is simplification. When working in graphic novels and comics, I think about putting my characters in a world that is also a character, in and of itself. So having to do this on a smaller scale is what I had to change. Having to find a way to simplify and just focus on the characters is just a different thought process.

No. Mainly because when I started this was before the pandemic and I had already written it. While I love comics that incorporate an element of culture, I want my comics to focus on fantasy – a world that isn’t tied to the stressors we have right now.

Absoutely. The first thing I noticed was that Heart [the central character] didn’t have any colored friends, but she lives in the city of Philadelphia. What are the odds for that? So I wanted to make sure the world around her reflects the world we actually see.

2020-05-01
Previous Post: Cathy’s “Scenes From Isolation” brings a battered comic book icon to the world of coronavirus lockdown.
Next Post: 5 webcomics and 2 services for your student in quarantine