wow. 175 issues of The Webcomics Weekly. Isn’t that wild? It’s a bit surreal that we’ve reached that number. I mean, it’s not a HUGE number but it’s still big and a marker for the real big: 200. I know 175 isn’t really a big number but there is something very satisfying about it in multiples of 25 which brings out the melancholy side of me. It’s like looking at a map and seeing “Here Are Dragons”. Maybe for some it’s trivial, like hearing “Eros Conquers All”. I clearly disagree. Celebrating 25 installments – and 25 weeks for us – is exactly what “Dr. Frost” ordered in these trying times.

So relax, read on, and get ready for the journey to 200 in this week’s issue of The Webcomics Weekly.

Frost’s big active return to the plot is excellent. We see where he has grown and changed, and what he has retained, in the seven years since his passing. It’s so good to see him again, interpreting the world around him, but I’m also a little sad that we couldn’t have Seonga in this role. I understand this is Frost’s comic book, but the fact that he took a step back in the later arcs was a welcome change in dynamic. Maybe that will be the case in the future, as the setup for this round revolved around the person Seonga had to confess to in “Student of a Genius.” In fact, much of this arc felt like a culmination of what preceded this season. It’s kind of an end-of-act moment. We’ll see if I’m right, but I feel like from now on things will kick into high gear.

There’s a particular fear that Lee addresses in these chapters and it’s a fear that I think a lot of young people don’t consider in their day-to-day lives: alienation from the elderly. While the United States is seen as an aging society – without the healthcare infrastructure to support this trend – it can often feel hostile or, at the very least, indifferent to this segment of the population. Modern systems are designed for young users. An erosion of shared intergenerational common spaces means fewer interactions between people outside the immediate family and fewer opportunities to make new connections. Combine that with a lack of long-term friends and family as people inevitably die or are shipped off to nursing homes, and you have a recipe for loneliness and alienation.

Once a group is separated from a population, it becomes easier to separate them and further fuel isolation and incite resentment in one or both groups. Now, we don’t see much of that from the perspective of older people in these chapters, but it’s not hard to see how it excoriates a society that’s willing to reject people once they’re no longer considered “productive”. Lee emphasizes here the complex web of personal and structural attitudes and actions that interact to lead the character to where he is now. It’s not just that young people don’t like old people. It is not simply that there are prejudices and that these prejudices are exasperated by policies that reinforce them or restrict the lives of older people. It is that and more. It is sometimes subtle and obvious to others. This is life, at its worst.

It’s humanity, which needs a good slap in the face. 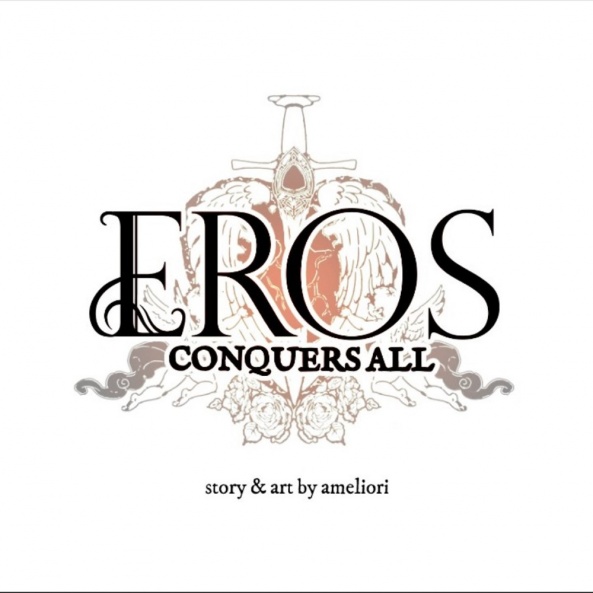 “Eros Conquers All” has a name that creates immediate anticipation, while it might be listed as supernatural, it might be closer to supernatural YA romance. Eros will be a supremely drawn man in this exquisite Digital Clip Studio style. etc

Part of that turns out to be true, Eros is very pretty. But in the first three episodes at least, he is so far devoid of romance and instead opts for alternative affective registers as Eros spends his days subsisting by manipulating humans only to break their hearts. The art of Ameliori and bishi_fishie does a fantastic job of capturing this kind of wanderlust style with highly detailed environments and a variety of textures in the coloring. Their art is the immediate hook of this series; it’s so consciously stylish without going overboard. Their strip construction and panel design aren’t groundbreaking, but the use of intermediate geometric shapes to break them up or remove panels and enter into abstract symbolism gives this strip a vibe. Their formal qualities are not similar to “Sandman” (and this comparison is not only due to the main character of the shared deity), but the way the two artists use the medium to create something more like without actually being Continued is interesting.

For all the refined and delicate qualities of Ameliori’s inking, the use of color in this strip is what draws me to it. The rendering, except for the reveal of a beautiful portrait in the third episode, is not that complex. Other than some superficial shadow work, it’s mostly flat, but that simplicity is juxtaposed with the use of textured brushes in the environment and Ameliori’s linework. This is another example of how well balanced everything is. You can look at the parts individually and see how they work, but it all adds up to something more. I’m not immediately sold on the basic narrative, but this art is more than enough to keep checking into this from time to time.

In a crowded field of fantasy webcomics, it can be hard to tell one from the other. “Here There Be Dragons” is off to a promising start, featuring various character designs and a two-time winner Eisner as co-creator.

Bree, a dragon-speaker from the Golden Kingdom, is considered crazy by her peers because she actually believes the stories passed down from her ancestors about the dragons that sustain the world. But when spoken to literally, it’s serious enough to summon a fearsome quartet to accompany him to the end of the world to check it out. Well, they’d probably be formidable if they weren’t so busy bickering and drinking mead, anyway.

The real-life journey of Bree and her companions has only just begun, as only five episodes are currently available on webtoon. But with the gorgeous colors and excellent character designs and intriguing world-building already present in the first five, I think this holds a lot of promise and I’m very curious to see how this story develops. Bree herself is a breath of fresh air, as the lead character of a black woman in an adventure comic. The other characters aren’t cut from the same manga-inspired fabric as many webtoon fantasy series, either. No downside to these designs, but it’s nice to see some diversity in the designs of the main characters.

The art team is firing on all cylinders here, though since the story just started, they’re mostly given exposure to work with. And since we don’t yet know the skills of the characters, it’s hard to figure out exactly what’s going on in certain scenes. But did I mention there were dragons? Yeah, there are dragons, and when Bree talks to them, she gets this gold thing coming out of her mouth and it’s weird but also super cool.

I’m up for any story with dragons, as long as it balances action, world-building, and a fair amount of character work. “Here There May Be Dragons” gets off to a great start and is definitely one to watch for fantasy fans looking for a fantasy series featuring a diverse cast and strong artistic team.