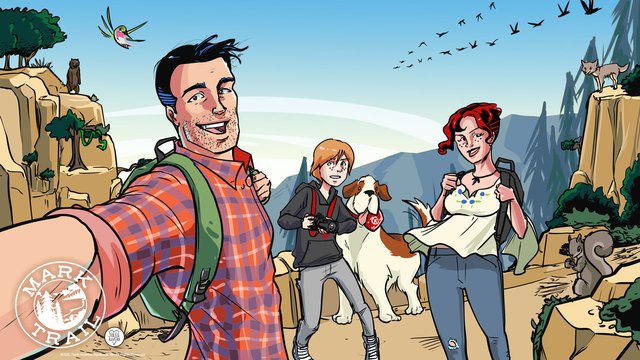 “I am thrilled to take up the torch of ‘Mark Trail’ to reinvent Mark for a new generation and honored to join such a talented pantheon of artists,” Rivera said in a press release. “Dare to witness humor, action, environmental justice, women with strong personalities, mystical talking animals, gardening tips and Mark like you’ve never seen him before. The new “Mark Trail” promises to be a true pioneer.

Rosemary Dodd of Gainesville, who was married to Ed Dodd, said she was “tickled to death” when she learned that Rivera was becoming the new “Mark Trail” cartoonist.

“I’m excited about this young lady,” the 85-year-old said. “I definitely have a bucket full of smiles. I smiled for two days because I feel like Ed deserves it, and I think ‘Mark Trail’ deserves it.

Rosemary Dodd said she would like to meet Rivera one day and invite her to see the woods of northeast Georgia.

“My first question is, ‘Does she like to fish?’ “, did she say. “We fished as much as we could. We used to go fishing in Florida off the coast and Ed fished Belize frequently.

When asked what her late husband would think of the new cartoonist, Rosemary Dodd replied, “I think he’s sitting on a big cloud and just thrilled and happy.”

“I loved him and loved being a part of Mark Trail’s life,” she said. “Ed was my hero. The fact that I was able to grow up and marry him was awesome.