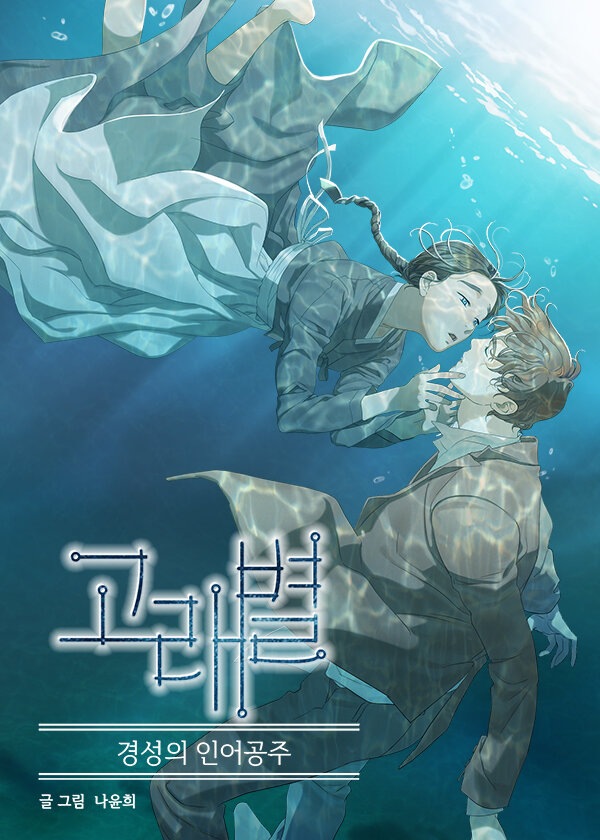 Whale Star: Gyeongseong Mermaid by Na Yoonhee reinvents Hans Anderson The little Mermaid as a story about loyalty to a nation or cause and the sacrifices made to maintain or escape that devotion.

Su-a Heo, a servant of a family that works for the Japanese, one day meets an injured Uihyeon Kang at the beach and takes care of him. Uihyeon eventually reveals that he is a member of the Korean independence movement, and Su-a’s association with him leads to a failed assassination attempt. Now she has lost her voice and the loss of the woman she worked for since she was a child gives her no choice but to go to Gyeongseong (Seoul). As she seeks revenge for the wrong done to her, Su-a finds herself thrust into a world where loyalty and devotion can cost the lives of those closest to her.

Reader Warning: Whale Star: Gyeongseong Mermaid contains discussions and fictional depictions of suicide. If you or someone you know is struggling with suicidal thoughts, know that there is help. Contact the National Suicide Prevention Lifeline. International readers can search here for hotlines in their country or region.

The exciting part of adapting a fairy tale or myth is exploring interesting or revealing angles and perspectives. You probably know The little Mermaid by Hans Christian Anderson, the story of a mermaid who gives up her voice and fins for a human prince only to bear seeing him marry someone else. Na Yoonhee reinvents the Danish fairy tale in Japanese-occupied Joseon (Korea). Set in 1926, the story follows a story of unrequited love, characters with strong intangible desires, and the price of imperialism and complicity.

Whale Star: Gyeongseong Mermaid also navigates the question of dedicating yourself to a cause rather than your loved ones. The sacrifices someone makes to prove their love for their country. Su-ha’s story arc centers around her drive to prosper after losing her voice and then her wife. She falls in love with Uihyeon although he is willing to sacrifice love to save Korea from the Japanese. As she strives to live her own life one day, she witnesses a movement that would kill them if it were to liberate Korea.

This webcomic is full of clever narrative turns, memorable characterization, and jaw-dropping storytelling. There’s so much to unpack here, from its unflinching depiction of colonial violence to its subtle imagery, but Whale Star: Gyeongseong Mermaid worth more than checking.

For more mermaid-themed webcomic recommendations, check out my WedMay (2021) posts here and here, as well as my May 2021 webcomic roundup!