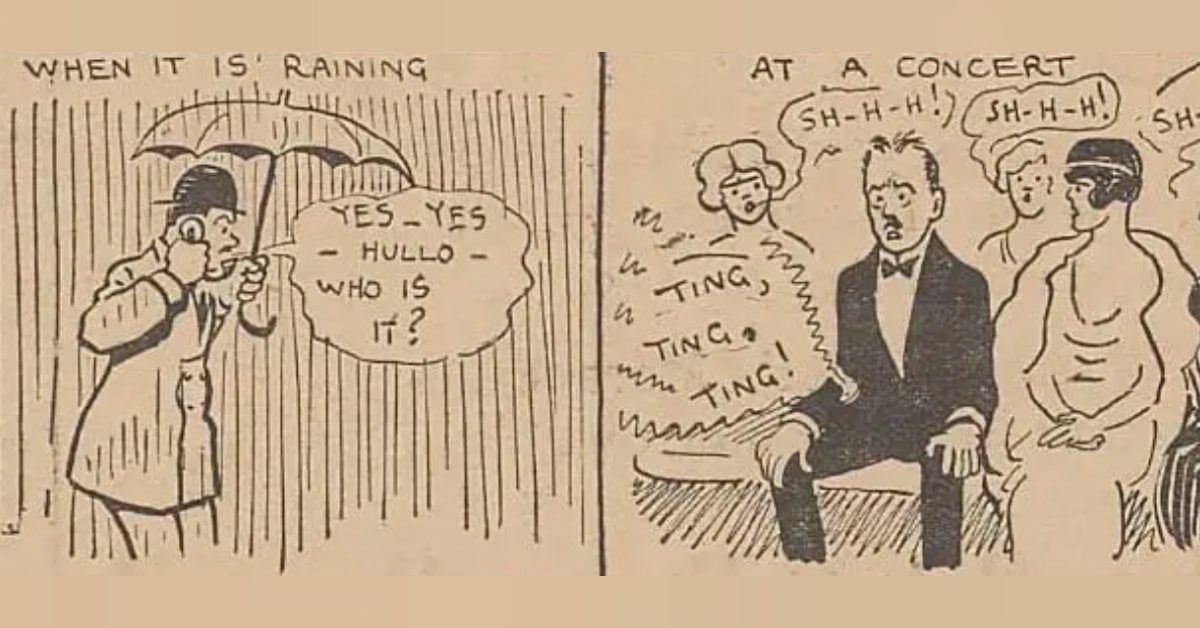 A 1920s Cartoon Predicted the Downsides of ‘Pocket Phones’ » TwistedSifter

A cartoonist named WK Haselden seemed to be WAY ahead of his time when he created a comic strip for the DailyMirror from 1919 or 1923 (sources vary) about people having telephones in their pockets in the future.

Haselden’s comic is called “When We All Have Pocket Phones” and he illustrated how these phones of the future would always be with us AND ring at inopportune times.

Oh no, not when you’re getting married!

Haselden ended this comic by saying “We will definitely be ‘called out’ at the most inconvenient times in our daily lives!”

I think he was onto something, right…?

But even more surprising is the fact that in 1906 a man named Charles E. Alden claimed to have invented a cordless telephone that could be carried in a person’s pocket.

Take a look at an article from the period below.