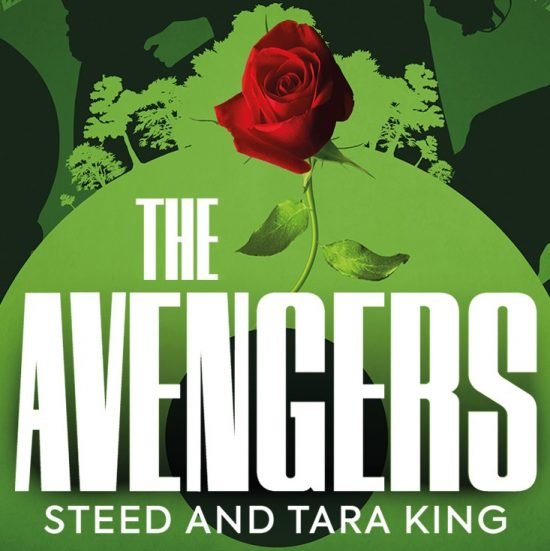 New episodes of some of your favorite TV shows from the 1960s and 1970s are coming! This is the case with “Space: 1999”, “Doctor Who”, “Dark Shadows” and “The Avengers”, the subject of this review. The caveat is that they appear as audio pieces, produced by UK-based Big Finish Productions. Released last summer, “The Avengers: Steed and Tara King, The Comic Strip Adventures, Vol. 5″ features contemporary comic book audio adaptations based on the 1960s James Bond-style British spy television series. These audio dramas combine the fast-paced action we remember from TV shows with the expansiveness of comic books. .

…the fast-paced action we remember from TV shows with the expanse of comic books.

In an unusual story called “How Your Garden Grows”, lush jungle vegetation grows in England, specifically on British military bases. Spymasters John Steed and Tara King are called in for an investigation that will lead them to an eccentric farmer, a female World War II pilot, and giant caterpillars, dandelions, and daffodils. This story is notable for the sound effects of airplanes, as well as giant caterpillars chomping, sometimes on humans. Although based on a comic book of “The Avengers” written in the 1960s, the story might have a thing or two to tell us today as humans attempt to alter nature.

The story is both quirky and engaging, with excellent performances from Julian Wadham (as Steed) and Emily Woodward (as Tara). The performers suggest, but do not attempt to directly imitate, Patrick Macnee and Linda Thorson, the original television stars. The new Steed and King are particularly good at bringing out the dry (and sometimes broad) humor of the scripts.

Listeners attached to history might enjoy the episode “A Very Civil War,” which deals with Civil War re-enactments – but the Civil War being re-enacted is not the American Civil War between the blues and the Greys, but rather the English Civil War between the Horsemen (the Court of Charles I) and the Roundheads (the Puritan-dominated Parliament). Amazingly, it has everything to do with a counterfeit scheme to defraud the Bank of England. It’s a very culturally sensitive storyline, with references ranging from American “action painter” Jackson Pollock to orders from King Charles II of the Restoration to quickly remove buildings in London in order to stop the spread of the great fire of 1666. The episode also has many humorous moments, such as when Tara uses vintage wine bottles as weapons (“You’ll be hungover tomorrow morning!”).

Sci-fi aficionados might enjoy “Whatever Next?” Aliens “across the Milky Way” claim they’ve arrived to save humanity, and indeed they’re helping stop a meteorite from hitting the earth. To do this, they contact UFO expert Jones, a scientist widely considered a crackpot. Yet, are these aliens as useful as they claim? If so, why are they pushing their way through a British government department? The episode has both spies and wit in equal measure, with Eastern Bloc ambassador Brody and Natalia filling a sort of Boris and Natasha role that audiences may remember from “The Rocky and Bullwinkle Show”. “Take me to your leader,” Tara King, reversing roles, says to one of the aliens after chasing a UFO across the skies of London. An interview with Samuel Clemens (not, in this case, Mark Twain) notes that this adventure comes from a comic strip in which Steed and Miss King fly off to another planet, but the story’s audio drama adapters wanted to be more earth-centered. Yet, as Mr. Clemens notes, it’s “still dealing with extraterrestrials, time travel and future predictions”. As usual in the audio series, we notice theatrical references: “William Tell could not have done better! Tara says of a shot on the mark, referencing Friedrich Schiller’s play of the Swiss master sniper. This story, with its sci-fi bent, reminds us that Big Finish Productions is also producing “Doctor Who”, “Torchwood” and “Space: 1991”, continuing other retro-future audio adventures of sci-fi TV series. beloveds of the past. .

The fourth exceptional episode of the collection is “Mother’s Day”. It’s not about the special Sunday in May, but rather a story around Steed and Miss King’s master spy boss, Mother. The mother – a code word concealing the man’s true identity – has been asked to return to the elite school of his youth during his vacation, which turns out to be a sports day for his school. The problem is that during athletic pursuits, there seem to be repeated attempts on Mother’s life that are close misses, and it arouses the suspicions of the ever-wary John Steed and Tara King. There’s some interesting social commentary in “Mother’s Day,” as at one point, Mother happily and unsettlingly recounts how he and some of the others bullied others in a way reminiscent of villains from “Tom Brown’s School. Days”.

A particular delight of this episode is the presence of Linda Thorson, who played the role of Tara King in the original television series. Here she gives a tour de force performance in two roles – one as Mother’s over-demanding Aunt Gertrude and the other as a Russian refugee from the October Revolution. It’s wonderful to hear the former “Avengers” star deftly play dual roles with obvious taste, some fifty years after his appearance on the original TV show.

“The Avengers: Steed and Tara King, The Comic Book Adventures, Vol. 5” comes highly recommended for hours of thrilling audio entertainment and to reminisce about those of us who grew up watching TV series such as “The Avengers”. These performances can be ordered here.