These three comics have the misfortune to be seen again on the day of the Shakespearean tragedy. Don’t let that fool you, though. These comics are no exception. Or at least one of them usually isn’t. Join “Aza” as “The Messenger” for “Dr. Frost” as a soliloquy about betrayal and Rome.

All without the betrayal and Rome in this issue of The Webcomics Weekly.

Look, I’m a simple guy, the preview art for “Aza” and the connecting line reminded me of “Demon Slayer” and here we are. Is it like “Demon Slayer”? Other than there being a war between humans and supernatural humanoid creatures with monstrous elements, no. Is it closer to something like Thesilenceofthelambs? Yes, and it is much more interesting. After the King of the Dead, Azazel, is captured by General Mu Ryang, the good general begins to slowly find himself caught up in courtly intrigue and diplomacy. It’s not as action-packed as you’d hope, but writer-artist usaesae has expressive art that captures both the subtle interactions and the heart of who someone is. Like the sadistic arrogance of the crown prince or the trickster qualities of Aza. The dynamics in play are standard but the technique that achieves them compensates.

Usaesae has your standard mangaka digital art style, delicate linework mixed with extensive digital coloring that you see in many webtoon originals. The difference here, at least in this trio of opening episodes, is how they use light to render everything. The majority of these episodes take place at night or at dawn, with just the slightest ray of sunshine. Normally, these low light conditions would just result in washed out colors and lots of harsh shadows. This artist goes the opposite way by placing it during a full moon with mostly clear skies, everything is just subtly bright. Usaesae’s strip construction is standard with clever use of diagonal panels to lend a sense of action to these largely still moments.

“Aza” is just well constructed; it’s not what I expected but there are enough surprises and quality execution to justify leaving. The ethical and moral dilemmas are obvious but well executed, the way they highlight and slowly increase the prince’s sadistic qualities is just plain good character work.

Not much happens in the first 4 chapters of “A Fox Hole”. It’s largely the same setup as previous arcs and while the ongoing plot continues to be engaging, as the desire to see how each team’s machinations and responses will affect each other, it not much more to comment on at this time. That said, the first panels in Chapter 1 were absolutely gorgeous. They blew me away and more than made up for the panels and panels and talking head panels. I love “Dr. Frost’s talking heads, but sometimes we need a little break from them. I do want to talk a bit about one aspect, though, that has been great so far: translation.

For those who have been reading Webtoons since the platform launched in the United States, weird translations are nothing new. Many of the early webtoon chapters were translated by fans or creators, which allows for some leniency when you encounter sentences that don’t read correctly. The same goes for typos or stiffness in comics that are updated every week very quickly – like Shonen Jump simulpubs. However, these two options do not explain what happened to “Dr. Frost” during those first four chapters of “A Fox Hole”, where the translations suddenly became full of strange turns of phrase, missing articles like “the” or “a”, and a general loss of comprehensibility.

“Dr. Frost” finished airing in South Korea in October 2021. As such, each chapter had plenty of time between its completion and its appearance on webtoon in the United States. Also, the translation of “Dr. Frost” was never particularly flimsy, even at first. It’s very strange and for those paying coins, I’m sure it must be disappointing to see. A company of this size should impose a higher level of quality on its translators, in addition to remunerating them proportionally for this higher level of quality.

It’s not severe enough to make chapters unreadable, or even difficult enough, but it’s enough friction to detract from the reading experience. For a comic as technical as this, it’s not great, and if it continues, it will cast a shadow – but not an incorrigible one – over the second half of this final season. 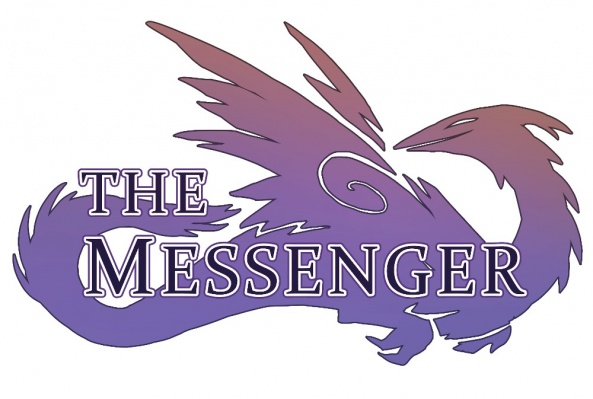 I haven’t watched a Hiveworks comic in a while now, so when I saw a wonderful commercial for a comic featuring a boy riding a giant bird, I was pretty much sold. “The Messenger” is only halfway through its first chapter at the moment, so the story and characters are still being introduced. So far, all we know is that a giant bird-like dragon emerged from the ruins of a city and flew away. One hundred years later, a boy named Kai helps his family prepare for a “second summer” celebration.

Even though I don’t know much about the world created in “The Messenger”, I’m happy with the way the information is broken down into small bites in the first chapter. We know Kai got hurt because of the way he reacts to touch, and we know a celebration happens because of what the characters do to prepare. We get little clues about what’s going on in the world, but we’re not presented with an overwhelming amount of exposition right off the bat. There’s a lot of dialogue between the characters to let you know what their relationships are, which could possibly be a little reduced. But it makes the reader feel like they’ve been immersed in Kai’s world, joining him in his daily life.

The main draw for me with this series is the warm and inviting artwork. The characters’ faces tend to be a bit cartoonish, but expressive enough not to look out of place in a fantasy series. The landscapes and setting of the city are beautiful, however. And Indui lays out the panels fluidly so you can follow the action from panel to panel, with enough momentum to understand the action and clearly see what’s happening in the background and foreground. Although you only see the dragon once, it is a very cool dragon indeed, looking more like a giant bird than a snake.

“The Messenger” doesn’t seem like a fast-paced action series from its opening pages, but the soft colors and beautiful backgrounds invite long-term readers, getting to know Kai as he goes along.