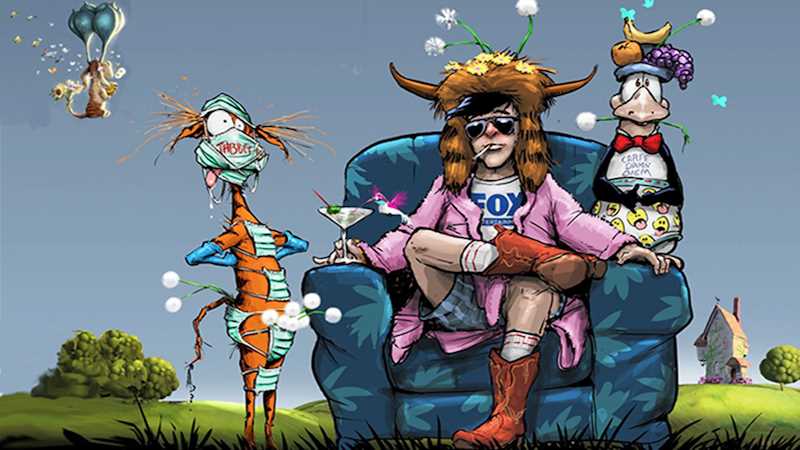 Berkeley Breathed is turning its BLOOM COUNTY comic into an animated series on Fox, bringing in characters like Opus and Bill the Cat.

Beginning as a Breathed comic that appeared in the University of Texas student newspaper, The academic waltzin 1980, he was invited by The Washington Post to offer the strip in national newspaper syndication. It lasted until 1989 and was resurrected by Breathed in 2015 as a strip on Facebook. The concept behind it all was to use quirky residents – a combination of humans and animals, including Opus the penguin and Bill the cat – of a small Midwestern town to address the issues of the day in twisted ways, but still funny. This Fox series will be the first adaptation in another media.

Breathed, who serves as executive producer and screenwriter, said, “At the end of Extraterrestrial, we watched cuddly Sigourney Weaver fall peacefully into a cryogenic hypersleep after being chased by a saliva-spitting maniac, only to be woken up decades later in a world full of much worse. Fox and I did the same to Opus and the rest of the Bloom County gang, forgive us.”

Michael Thorn, President of Fox Entertainment, added, “I was introduced to the brilliance of Berkeley Breathed and Bloom County like a teenager. Its characteristic mix of satire, politics and sentiment hooked me. Also, I love Opus. Today, Berkeley’s clever and hilarious take on American culture is more relevant than ever. And, with Bento Box [the animators]we are thrilled to bring his unique set of characters and social commentary to television.”

2022-02-16
Previous Post: Bloom County Comic Book Will Become A TV Series Because We Need A Penguin To Help Us Laugh/Cry In Front Of The World
Next Post: “I want to be a cute anime girl”