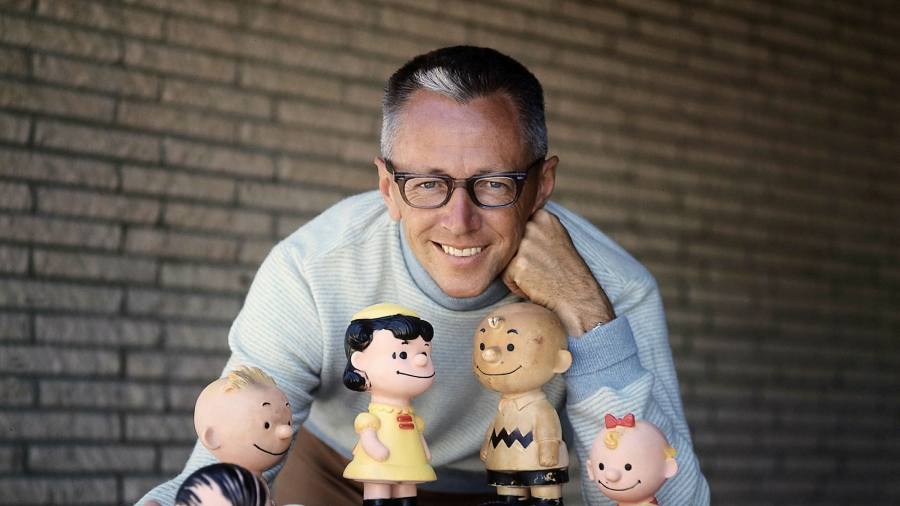 Charlie Brown’s America: How a Nation Got Comic Book Crazy

It would be very difficult to overstate the importance and influence of Charles Schulz Peanuts in American culture during the Cold War. The artistically revolutionary comic both influenced and reflected the national mood. If the blend of humanity, existential melancholy, and subversive humor captured in Schulz’s minimalist lines feels familiar or even commonplace to us today, it’s only because his aesthetic has become deeply embedded in the country’s psyche. .

Collections of Peanuts comics are the first books I can remember demanding my parents buy me. Schulz’s influence continues: my complete edition of the comics, inherited from my late uncle, occupies a full bookshelf in our 11-year-old son’s bedroom. He constantly reads them and laughs out loud.

But Schulz insisted he was a simple craftsman making something that was mostly meant to be enjoyed and forgotten. One of the consequences was a disavowal of politics. A cartoonist, he says, “is hired by a newspaper publisher and he buys your cartoon because he wants to sell his newspaper. So why should you double it by putting things that make it worse? It’s not my job.

It’s telling that Snoopy never defeated his nemesis, the Red Baron, and equally remarkable that the strips grew darker as the Vietnam War continued.

He kept his word. A few contemporaries reproached him for this, arguing from the insane opinion (which has only become more popular since) that he is a lesser artist whose art does not engage in the Politics. Blake Scott Ball, in Charlie Brown’s America, does not make the mistake of trying to find secret political intentions in Schulz’s comics. What he shows is a deeply honest man who was moved by the moral drama of the world around him. That emotion showed in the comics, which resonated with the political realities facing its millions of readers.

His approach to major issues of the day was indeed sometimes cautious. He introduced the strip’s first black character, Franklin, after initially rejecting the idea. A white Midwesterner, he thought drawing a black character would seem condescending. Correspondence with black readers convinced him otherwise, and Franklin debuted in 1968. It was a big moment in a pivotal year for the country. But Franklin never became as central a character as Charlie, Lucy, Linus or Peppermint Patty.

There are, however, two areas in which Ball argues for Schulz to leave a lasting moral, if not political, mark: war and religion. The reasons were personal. Schulz was a World War II veteran and a Christian.

Snoopy’s alternate identity as a World War I flying ace — complete with dog propeller plane — was a childhood favorite. It never occurred to me to read the comics as commentary on the Vietnam War. Yet they were. It’s telling that Snoopy never defeated his nemesis, the Red Baron, and equally remarkable that the tapes got darker as the war progressed. “I’m exhausted,” complained Snoopy in 1971. “This stupid war is too much.” Readers got the message: Schulz supported the fighter, not the war. The soldiers in Asia also got the message.

Schulz’s religious influence was especially felt on television. At the 1965 inauguration Peanuts Christmas Special The most religious character in comics, Linus, tells Charlie Brown what the holiday is really about: the birth of Jesus the Savior. It’s a touching scene, but one that half scared the show’s sponsors. This came shortly after mandatory school prayer was declared unconstitutional by the Supreme Court, a deeply unpopular ruling. But rather than being preachy or cutesy, it worked perfectly.

Why did this work of religious art avoid the usual pitfall of such things? Largely because, Ball shows, Schulz rejected the idea of ​​religion as something public or political. He thought school prayer was “total nonsense”. Christianity drew its strength not from the state or a television set, but from individuals who found their own way. This is also where great art comes from.

Robert Armstrong is the FT’s US financial editor