Bringing you all, or at least three, webcomics from the biggest interwebs, that’s The Webcomics Weekly! *Cue theme music*

The first is “The Breaker: Eternal Force”. Then, after the break, it’s our recurring segment “Dr. Freeze.” Finally, to complete our range, we have the “Immortal Weakling” trickster. Tune in Tuesdays at 1 p.m. EST for all of this and more.

I’m no expert on South Korea’s education system, but after reading enough of these comics, it feels extremely stressful, to say the least. “The Breaker: Eternal Force” is like the third of the fifth webtoon I’ve read that begins with the main character attempting suicide due to bullying or school structures in general. It’s just similar too and yet very very different from the American response to such things: mass shootings. To Line’s credit, their content warning system has improved a lot and readers clearly know what they’re getting into.

There’s an unremarkable familiarity with the setup of ‘Breaker’, though it attempts a bit of dark humor, it doesn’t. this clever. In addition to the other genre in this hybrid tape, martial arts, about halfway through the first tape, I was wondering if there was something that was going to bring that out. There is and is the work of the art team of Jinhwan Park with the help of Jongil Park and Sangmin Son. Their art is fantastic. The dialogue and setting are familiar, but the melodrama captured in the expression work and a wonderful use of vertical lines and perspective that befits the webtoon format, give this series reason to read. As our main character, Haje Kang, intimidated and depressed, bawls his eyes out while talking to Si-un Lee, the art makes you believe and feel more than the dialogue.

This kind of textual excess carries over to how the action has been handled so far. It reminds me of Yusuke Murata’s work in “One Punch Man” not in terms of the superhero aesthetic, but with the way this art work revolves around big, punchy imagery. The thrown punches and their impact are what counts, not a flowing and immaculate choreography. It really works in this webtoon format which suffers from excessive gutter space which sometimes feels disconnected. It comes up in the third strip as Haje fights back in her class, there’s a lot of dialogue and paneling and it’s just not as tight as you’d hope.

The creative team also brings some Enter the dragon secret super martial arts subculture, with a hint of mysticism, narrative beats that aren’t immediately interesting. International terrorism and secret cults are about as far from high school as it gets, though the two always come together. I’m not immediately interested in all of this, but it provides narrative space for more impressive violence, so it will be tolerable.

The story of “Breaker” isn’t exactly unique or engaging, but this one is worth watching for the art. Maybe it will turn into something more than it seems. There must be at least one tournament arc.

Well, that was a little disappointing. I was expecting a deep dive into Moon’s past and maybe a flashback arc to boot. Instead, we got a solution to the former school guardian’s struggle to meaningfully reach out to his estranged granddaughter and the appearance of our good friend Changgyu! I didn’t realize I missed him until he walked through the doors.

I have a million questions about her appearance. How did he find Frost? Why had he thought it was a good time to come out of hiding? Will we see more of his sister, who was apparently Frost’s doctor during his coma?? He gave me plenty to chew on. However, it seems that it was too early to deploy. There was only one arc! If it was indeed “Monster”, Changgyu would miss at least twice as long before suddenly reappearing.

OK, that’s a minor complaint. I think I feel the pacing weird just because I’ve been reviewing two episodes at a time instead of reading it every week or doing a big chunk where I can better gauge the momentum of the arc versus the startup and shutdown I’ve experienced. The place Lee brought Frost to, a place that is clearly disturbing enough that the teenagers who went to beat him decided not to, keeps me on the edge of my seat. What could have given him those dead eyes?

As always, Lee’s art is evocative and effective, though the ending to “Eggshells” is rather working, doing just enough to get us through but without adding too many frills. There are no real opportunities to do so, nor any reason to do so. We’re mostly building mystery and setting the endgame in motion.

I don’t know how many arcs are left. I’ve been saying we’ve been coming to the end for months now. I can’t imagine there are many more; the next arc is the same as the season subtitle “Oroborous” and it’s ominous enough for me to say that it may be the last, or maybe the last major arc. We’ll see if I’m right. 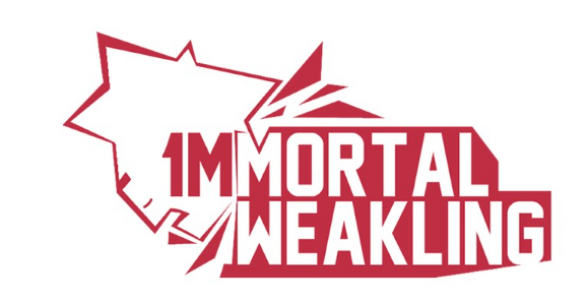 I’ll start by admitting that there’s very little originality in “Immortal Weakling.” It is a world with superheroes where new budding heroes must pass a series of tests to be part of an elite group. None of this is new. The main character is an outsider type who befriends a girl with powers but no confidence. Again, nothing new here! But! I read all five episodes in one sitting and didn’t even consider hitting the back button to find another comic? It’s so rare for me, guys. There’s just something about “Immortal Weakling” that’s fun enough to overcome its stereotypical premise. And it’s funny!

Tai is our main character. He’s a boy who can’t die. No matter what happens to him, he regenerates like a video game character. He even uses the “video game save point” analogy to explain it. Tai takes all sorts of damage (often hilariously described) and walks away as if nothing had happened. But because he basically regenerates into the same version of himself, he can’t train to get stronger. His punch is like the antithesis of “One Punch Man” because he’s so weak. He has generic anime looks and a Naruto-like personality. It all sounds negative as I write it, but I really enjoyed Tai’s presence! Her “sidekick” Nerin is a girl with telekinetic powers. She is hesitant to become a heroine, and during her “first episode of doubt”, instead of convincing her to be a heroine with a catchy speech, Tai accepts her choice. He acknowledges that he cannot choose for her and says that she should be realistic about what she wants to do with her life. I’ve watched many hours of anime in my life and can’t think of a time like this. Go Tai! Drink this juice “while respecting the choices of women”!

“Immortal Weakling” was a Canvas series before becoming a Webtoon Original. And the illustrations for the early episodes are a little too simplistic in places. There are a few bits where the characters look like Pokemon trainers but by the fifth episode the artwork is vastly improved. It looks great, and even in places where the art is a little too plain, the action sequences and excellent backgrounds make up for it. One of the main reasons I kept reading the first episode is the villain’s ability to use giant words to crush his enemies. He just looks… neat!

The premise or characters of “Immortal Weakling” won’t surprise anyone who’s read more than a few pages of “Naruto” (or, you know, an updated shounen manga reference since I was old), but to me, it’s was fun enough to overcome the formula and worth reading. If nothing else, I give Tai a lot of credit for using his powers to donate organs. Organ donation in a superhero comic, who would have thought? I completely agree.

2022-08-02
Previous Post: Webcomics Platform Webtoon Connects with Giant Catheads in New York
Next Post: A man sends a comic to his neighbor complaining about a barking dog