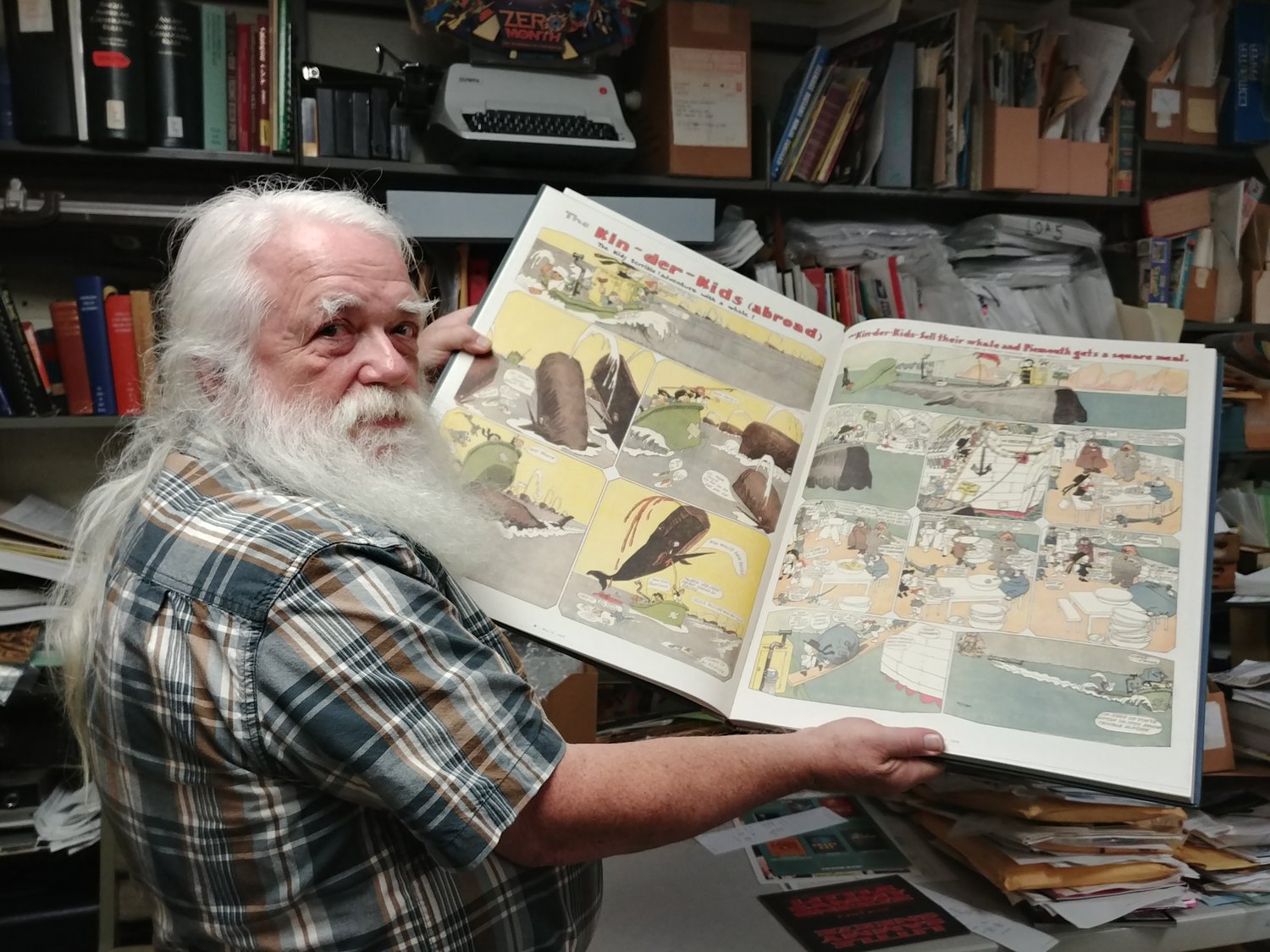 One of the pleasures of being here is leafing through these books for the first time. In fact, I do it about 20 times a day. My favorite thing right now is this “Forgotten Sunday Comics” collection. It’s on good paper. The originals were going to fall apart and this new book arrived about a year ago.

All of this is before the First World War. This is the beginning of comics when comics were just beginning to feel their bones. As far as we know comics had just started in the 1890s, but this is still disputed.

What we do know is that newspapers were using them as part of a circulation war. You would have this nice color section and the newspaper would sell millions if it had the coolest comics. These comics were king. We no longer see that with an artist capable of working with such a large page.

He was following another person featured here, Windsor McCay, who did “Little Nemo.” He was actually from Marshall and was one of the first major Sunday comic artists. He was also one of the first animators and was called Silas.

It’s amazing to think that they hadn’t even fully succeeded in incorporating photography into newspapers when they did. Many stories have been illustrated by artists.

I still have to do a few things with this one and see what this guy’s plan was and why he chose these before I archive it.

It just makes me think that the comic world is so big. I’m amazed they found so much more than I’ve ever seen before. We have the biggest collection of comics in the world, so I see a lot of comics.

I’m beginning to think that the amount of literature in comic book form in this country could be as much as a third of all American literature.

The thing is, the libraries never collected them. They were not respected. They weren’t even in libraries until the last 30 years.

It’s something big that we missed. We can’t even come close to getting them all even if we dedicate this whole building to the comics, which I think we should.

There are a lot of private collectors who were much crazier about it than the professors and librarians who thought it was junk. They were nice things and certainly important to people from the day they were printed.

(This interview was edited and condensed by Dennis Burck. If you have a recommendation for “Favorite Things,” please email dennis@lansingcitypulse.com.)

2019-09-13
Previous Post: Color of Hockey: LGBTQ-themed webcomics bringing diverse fans to the game
Next Post: ‘The Far Side’ Comic Hints at Return After 24 Years Away – WSOC TV