As “Dr. Frost” continues its slow build to the end, we have two newcomers to check out. Or not, as can be the case with “Counting Sheep” and “Fray”. Not much of an intro, I know, but I’m rushing to do this before I have to wake up at 4:30 tomorrow. The brain works at 1/4 of its capacity and falls.

Find out what made us love or hate our respective comics in the latest issue of The Webcomics Weekly.

Let me start by saying this: don’t read “Counting Sheep” right before bed, especially if you have nightmares easily! This is a horror comic with some issues, but the scary images are legit scary, even when it’s on the silly side. The whole premise is that the character’s dreams have been infected by some sort of centipede-like entity, causing them to sleepwalk as the manifestation of their fears stalks them.

However, there are some things that make “Counting Sheep” less effective as a comic book. The dialogue is clunky, with characters pushing their entire life story and explaining relationships in a way no one would in real life. Some of the conclusions they come to, while valid, seem hasty, and I don’t know how the characters realistically got from point A to point B based solely on the information available to them. It moves the story along quickly, which I usually appreciate, but in this case I think the story might be better served by letting the spooky atmosphere simmer more.

The work of A. Rasen is what makes or breaks this band, though, and it’s great. The backgrounds are gorgeous and much more realistic than what I usually see in webtoons, and the characters’ faces have a realistic and expressive quality to them as well. They look like real people, not cartoons, which effectively brings out the few moments of real horror. Even the monsters, while slightly generic, are drawn to really scare. They also don’t appear too often, so you don’t get used to them.

Whether “Counting Sheep” can be scary really depends on its plot and characters, and so far, that’s the weakest side of the bunch. It’s so beautifully drawn, however, that I’m sure readers will find something to give them nightmares.

“Blind Spot” ends, closing a chapter of intrigue and the promise of revelations about a murder, a mistake and a man in pain. It’s a tough chapter to read even knowing what was to come and it’s the perfect plot escalation. Lee’s use of gutter space is what I want to focus on this time. The distance between panels in Dr. Frost is quite large, usually allowing only one panel on screen at a time with plenty of headroom, even while scrolling. There’s not much use of a changing background to tie it all together, which cuts Dr. Frost’s action into discrete chunks instead of a flowing tapestry.

It works especially well during the run-up to the murder of Mr. Cho at the hands of Moon’s underling, and letting small gutter length changes expand and break away from the usual fast pace of a webtoon. In this case, the moment that caught my eye was the murder scene. As Yonghui realizes what is about to happen to him, Lee raises the gutters so that there is a moment of nothing on the screen, then a small “splurt” sound effect before a longer nothing leading up to the shots. establishment of a burning convenience store and Changgyu staring in horror. It’s much more effective than showing anything and conveys the subjective bending and stretching of time for the characters.

I also really like how Lee uses this as an opportunity to give us a bit more insight behind the curtain of Moon’s calm tackle. He remains a big mystery but his reaction to Yonghui’s murder is fascinating. He’s such a control freak that this unauthorized murder sends him into a cold rage, also giving him the opportunity to see a bit of the past without too much context. It’s frustrating that we don’t really know more about Moon’s plan, just speculation, but the rest of the comics are still so interesting that I can’t fault it.

As for “Eggshell”, it’s a good start to the arc but it’s mostly exposition and as such, I don’t have much to say. This confirms that Changgyu is missing and that Frost’s departure has affected Seonga more than she’s letting on, so it’ll be worth following up hopefully sooner rather than later. I’m sure I’ll have more to discuss once the next two chapters are out. 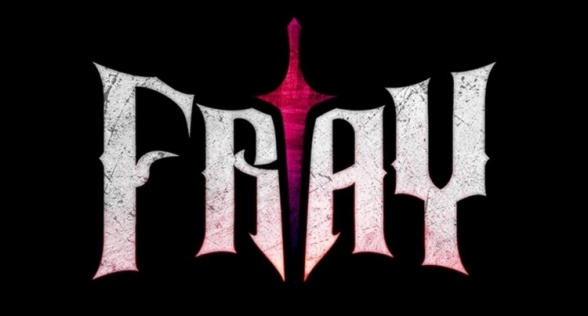 “Fray” has a lot of potential, but does not defend itself very well in this first quartet of strips. “Fray” is a world invaded by demons and the few precious knights who, thanks to miracles, are able to fight them. Everything is very “Demon Slayer”, except that the Slayer Corps are celebrities in this series. If this all sounds generic, that’s because it is. The team of writers/artists working as GO100 positioned a story of brotherhood in the midst of this. There’s the protagonist Magpie, the girl who wants to be a knight, and her older sister Merry, the matching knight. While other aspects of these episodes don’t work as well, the core dynamics and relationship between them are effective.

The biggest problem with “Fray” is that it doesn’t feel like it was composed for a vertical band. The artists fail to take advantage of the format’s unique potential for action and this results in a somewhat incomprehensible setting in the first episode. The action builds towards this moment of comedic failure and it just lacks the punchline visually. There’s nothing overdone about Magpie’s failure panel and the fact that it’s set up through dialogue first undermines it further. Which is a shame because one of the aspects in favor of this band is the art. The individual panels look great as they morph between that style of cartoon representation and more abstract action with pointillism and speed lines galore.

I didn’t mention the series’ big hook, that Magpie made a deal with a demon to have an all-consuming fire. This is explored in the prologue tape which is surreal and excellent but aside from a major – but brief – sequence a few tapes later, the costs of this deal and what it really means has not been brought to the fore. There’s some potentially interesting commentary and story to take from this setup. I just have no idea which direction it’s going to go.

“Fray” throws you in the middle of it and expects you to swim. It’s a bold move, but it’s not the best for attracting new readers. Maybe it’ll turn into something down the road, but for now it’s an interesting curiosity but not a must-read.

2022-06-07
Previous Post: 10 Webcomics To Read If You Love Bridgerton
Next Post: Comic Book-Based ‘JumpStart’ Comedy Series Is In The Works At CBS – Deadline