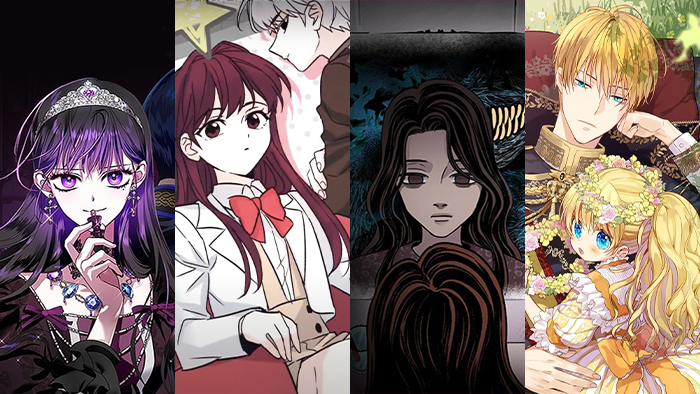 From warriors to schoolgirls, celebrate femininity with these 7 webcomics

This month and this holiday mark a time when it is all the more important to focus on the incredible stories of women and women-centered around the world. So, if you’re looking for entertainment this month, why not try some female webcomics? Created by the authors of API, these comics will have you laughing, crying and everything in between. Some media critics and readers may assume that “strong” female characters only act a certain way, but there are an array of ways a writer can elevate female stories.

Read on for a variety of stories that include everything from corny romances to chilling thrillers.

1.“Odd Girl Out” by Morangji

Starting high school is always difficult, especially for Nari, who has always blossomed late, who has always struggled with self-esteem and confidence in her appearance. She wants nothing more than to blend in with the crowd, but her plans are put to rest when three of the prettiest girls in her class befriend her. “Odd Girl Out” is a refreshing coming-of-age story that focuses on the main character’s friendship with other girls her age and her journey to self-acceptance. Nari slowly grows from an insecure teenager to a young woman who learns that her voice shouldn’t be ignored, while also learning that beauty isn’t everything. Readers will not only find themselves cheering on Nari, but also cheering on all the other students in her class, in a wholesome webcomic that isn’t afraid to show teenage girls as complex individuals.

Strong female characters are not uncommon in the magical girl genre: think Sailor Moon, Cardcaptor Sakura, and Madoka Magica. The 2017 webcomic “Magical 12th Graders” is another notable contender in this legacy. Yeorum Han is deeply traumatized by the death of her sister and struggles to stay focused on her education, even as her dreaded college entrance exams approach. Her life is quickly turned upside down when she finds herself in possession of a magic pin, allowing her to fight monsters that plague the world. The story becomes more than just a quest against evil, as the mystery behind her sister’s death begins to unravel and society twists her role as the magical girl. This webcomic features an array of different female characters, from mothers to elementary school students, who all have to come to terms with how magic affects their lives and how something so whimsical can have disastrous consequences.

Political intrigues, intrigues and wars – “Your Throne” has it all. After losing the position of crown princess to the holy Psyche Callista, Medea Solon found herself the villain of the kingdom. Not that the rest of the kingdom is wrong, as cunning Medea has never shied away from using immoral means to get what she wants. But on the day of Prince Eros Orna Vasilios and Psyche’s engagement party, Medea suddenly discovers that she has switched bodies with Psyche. The webcomic follows the twists and turns of the archinemesis as they must work together to uncover the story behind the switch and find out how the real villain is hidden in plain sight.

4. “My Life as an Internet Novel”, story by Yoo Han-ryeo, art by A Hyeon

Sometimes a story can be so good that you find yourself lost in the world of romance. Unfortunately (or perhaps fortunately, depending on how you look at it), Hahm Dani found herself transported to the world of a clichéd romance web novel. But she is not the main character. Instead, Dani became best friends with the beautiful and intelligent Ban Yeoryung. Now she must navigate a life filled with tropes and the school’s “four kings”, the most popular and handsome boys in school. Dani proves to be smart and quick-witted despite her predicament as she navigates this ridiculous world, while slowly befriending these new characters.

A mysterious elderly woman known as Madame Jeonghwa Song lives in a secluded mansion, with a stench of death wafting over the estate. Struggling artist Iho Yun has been commissioned to paint the woman but to his surprise, when he arrives at the property, a young woman is there to greet him. He comes to find that the woman who fired him has more secrets than anyone imagined, and his life and sanity hang in the balance the longer he stays at the mansion. Many similar horror/thriller stories may have focused on the underdog archetype, but “Delusion” focuses on the charming yet puzzling Madame Jeonghwa Song, whose complex life will have readers on edge. their seats in this hauntingly beautiful Gothic tale.

6. “Who Made Me A Princess”, Plutus Story, Spoon Art

Being born a princess should be a dream come true, but Athanasia de Alger Obelia, a South Korean woman who reincarnated in her favorite fantasy novel, disagrees. Instead of a life of luxury, the new Princess Athanasia must avoid the tragic fate of the original novel. Using her wits and charm, she must survive living with her ruthless father and find a way to get the happy ending of her dreams. Her journey isn’t easy, as she learns that her favorite book isn’t as innocent as she thought, and the characters she cheered on aren’t as one-dimensional as they appear on paper. The webcomic’s beautiful character design and Athanasia’s humorous thoughts bring the story to life, incorporating an emotional second-chance storyline.

7. “The Weight of Our Sky”, story by Hanna Alkaf, art by Nisrina AN

Based on the young adult novel of the same name by Hanna Alkaf, “The Weight of Our Sky” centers on Melati Ahmad, who looks a lot like the other teenagers of 1969 – she loves going to the movies, listening to the Beatles and hanging out with friends. The difference is that Melati struggles with OCD and believes she’s harboring a jinn, who threatens her with gruesome images of her mother’s death that she can only keep at bay by counting to herself. But on the evening of May 13, 1969, Melati’s worst fears come to life, as her hometown of Kuala Lumpur, Malaysia becomes the scene of a series of race riots and she is separated from her mother. With the help of unlikely allies and her own bravery and wits, Melati must find a way to find her mother and make it out alive.