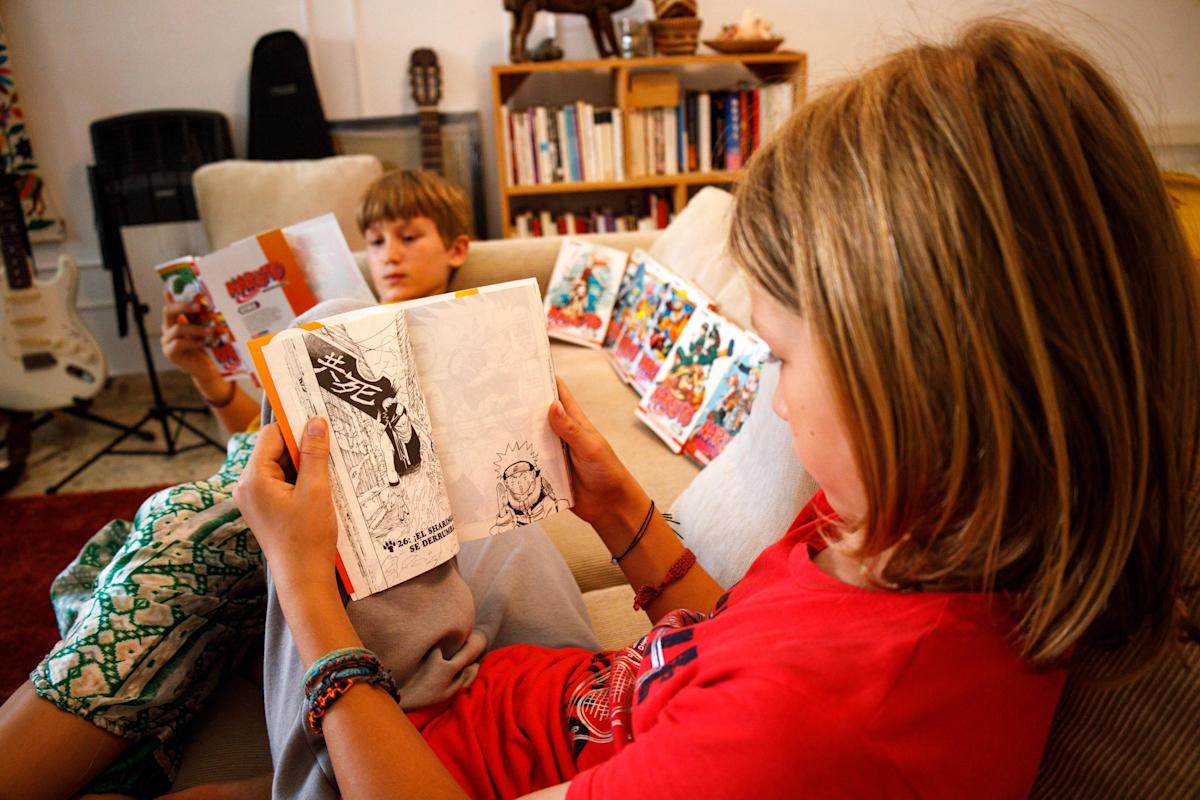 How the manga became the best-selling comic in Argentina

With over a century of history, manga arrived in Argentina in 2000 with the rise of “comiquerías” over the previous decade and is now considered the best-selling comic genre in the country. .

With branches in downtown Buenos Aires and the Belgrano neighborhood, Entelequia is considered one of the bookstores with the widest variety of manga.

There, Darwin Silva has been working since 2008, one of his historical sellers who ensured that the manga “Today, it’s the fastest-selling comic book genre in the country, sought after by teenage girls and boys, young people in their twenties and adults in their thirties who collect them.”

Silva said that “comics, in general, especially from Marvel, had been a commercial boom since the 90s, especially when the profile editor published them. This also caused the proliferation of comics. You could find five of them within a five-block radius,” he pointed to Telam.

Over the years, many places have closed and others have settled, such as the Comic Club and Entelequia, which were the precursors. They were joined by Meridiana and Camelot.

In the universe of manga stories, there are a multitude of genres.

“Jiro Taniguchi is a Japanese author, but he has a very European drawing style and larger formats, hardcover, he’s an author who writes about traditional stories that old people really like,” Silva described.

Instead, teenage girls are prone to the work of the Clamp Group, an all-female quartet of female Japanese manga artists that earned the title Queens of Sh? Jo (the manga for young girls), with titles of fantasy stories, magic and romance.

“The best seller, for teens 18 and older, is the Chainsaw Man manga, which contains violence and sexual content; My Hero Academia, superhero style but Japanese; Demon Slayer, speaks of friendship; Slam Dunk, sports; Evangelion, a robot classic, with a strong religious and whimsical tone,” Silva added.

According to Conicet researcher Federico Álvarez Gando, there is “a certain idea of ​​circulation that associates these contents with a new fashion and, as such, supposedly temporary”.

However, its origins go back to the “paint scrolls” (emakimono) of the 10th century. The first manga in history is believed to have appeared in the early 20th century by cartoonist Rakuten Kitazawa, who in 1902 drew Tagosaku in Mokube no Tokyo Kenbutsu. It was only in the 20s and 30s of the last century that manga began to appeal to a child audience until with the Second World War it became a real industry.

“There are estimates that predict that, by 2050, narratives from Japanese culture will globally replace the archetypes of American entertainment industries, becoming one of the most important references for the development of everyday interpersonal relationships,” said he pointed out.

Minimal details, bright colors, but also violent and realistic plots, are some of the reasons why manga, the “Japanese cartoon” with more than 120 years of life “, has become a commercial boom, among the child audience of Argentina.

“The main difference between manga with a story or a novel is that the story is told in another way; although there are similar comics, this is more specific, the designs have shadows, minimal detail and unlike anime on TV you have to be very careful. If you concentrate, it’s great,” Telam Juana, 10, from the Agronomy district of Buenos Aires, told Telam, who started seeing cartoons at age 8 and is a fan of manga.

According to her parents, during the pandemic Juana has relegated reading as well due to the influence of video game offerings and YouTube. But the manga has become good company because, according to her, “the story is told well”, although she acknowledges that “some manga contain violence, like DeathNot”, and others belong to the horror genre.

Regarding the style of the drawing, “the first thing that strikes them is that they find it particularly expressive and detailed, of ‘better quality’ compared to American comics and animations.”

In this sense, the centrality of the visual aspect in Japanese culture is a dimension that facilitates its childlike and intercultural understanding.

Álvarez Gando pointed out that by reading them, children and adolescents “rescue the different themes they deal with, the deep treatment of their plots and the complexity of the characters”.

Lucio and Nahuel, 9-year-old twins from the Belgrano neighborhood of Buenos Aires, said that a few months ago they were reading manga and one of their favorites was Naruto.

“I like to read a lot, and the manga are very good because the drawings have details, shadows,” he pointed out to Telam Nahuel, who attends a French school with his brother. According to them, they started reading manga in the school library, where their mother works. “I like the one in which the characters have powers, of earth, water and fire, it’s like the movie Ávatar”, detailed Lucio, who assured that all the stories do not contain violence or violence. fights, because “there is also nature”.

“And that makes even more sense when you consider that there’s usually still some association of cartoons or cartoons with the ‘childish’ and the ‘innocent,’ in idealized terms,” ​​he said. he analyses.

Source of the article

2021-12-19
Previous Post: Malachi puts the comic online – The Royal Gazette
Next Post: “The Pirate and the Princess”