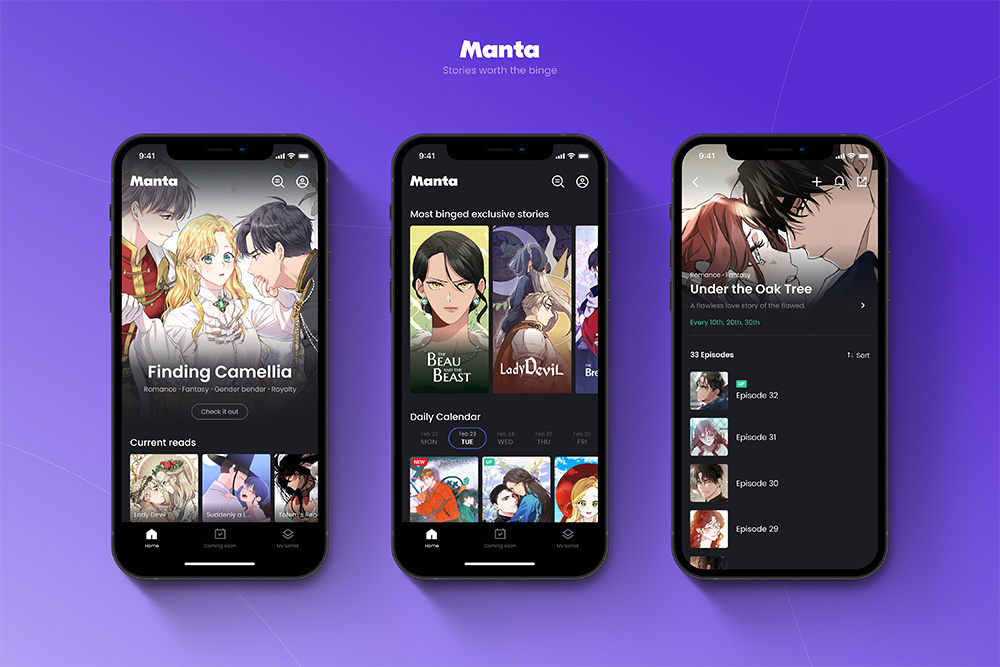 Three months after its launch in November, Manta had become the most popular app in the Google App Store’s free cartoon rankings in the United States. After six months, it passed the milestone of one million downloads, the firm said. It is now available in 175 countries.

Still, Manta’s unique strategies seem to have played a role. Manta is the leading subscription and curation-based service in the webcomics industry.

Company officials have compared the app to the “Netflix of webcomics” in that it’s a monthly subscription model that offers great convenience and profitability.

According to internal RIDI data, the subscription resulted in four times more plays compared to a pay-per-view model, a factor to which Manta credits its current reputation as a highly “bingeable” app.

Another factor in its popularity, according to company officials, is the rapid localization of popular content in Korea. “Under the Oak Tree”, a hugely popular title on RIDI’s local platform, leads the way with 7 million views worldwide in just under five months since its launch. The app also recently released some of its most popular series as free to read, with plans to diversify its content, offering even more by bringing in more genres and original content.

“RIDI has secured a high volume of quality intellectual property (intellectual property) in the e-book and web novel market over the past 10 years,” said RIDI CEO Bae Ki-sik. “As the global webcomic industry grows, Manta’s competitive advantage will lie in its content and business model.”

The main objective is to build its pool of loyal subscribers by increasing brand awareness through the search for a variety of exclusive content that will appeal to a global readership, added the leader.