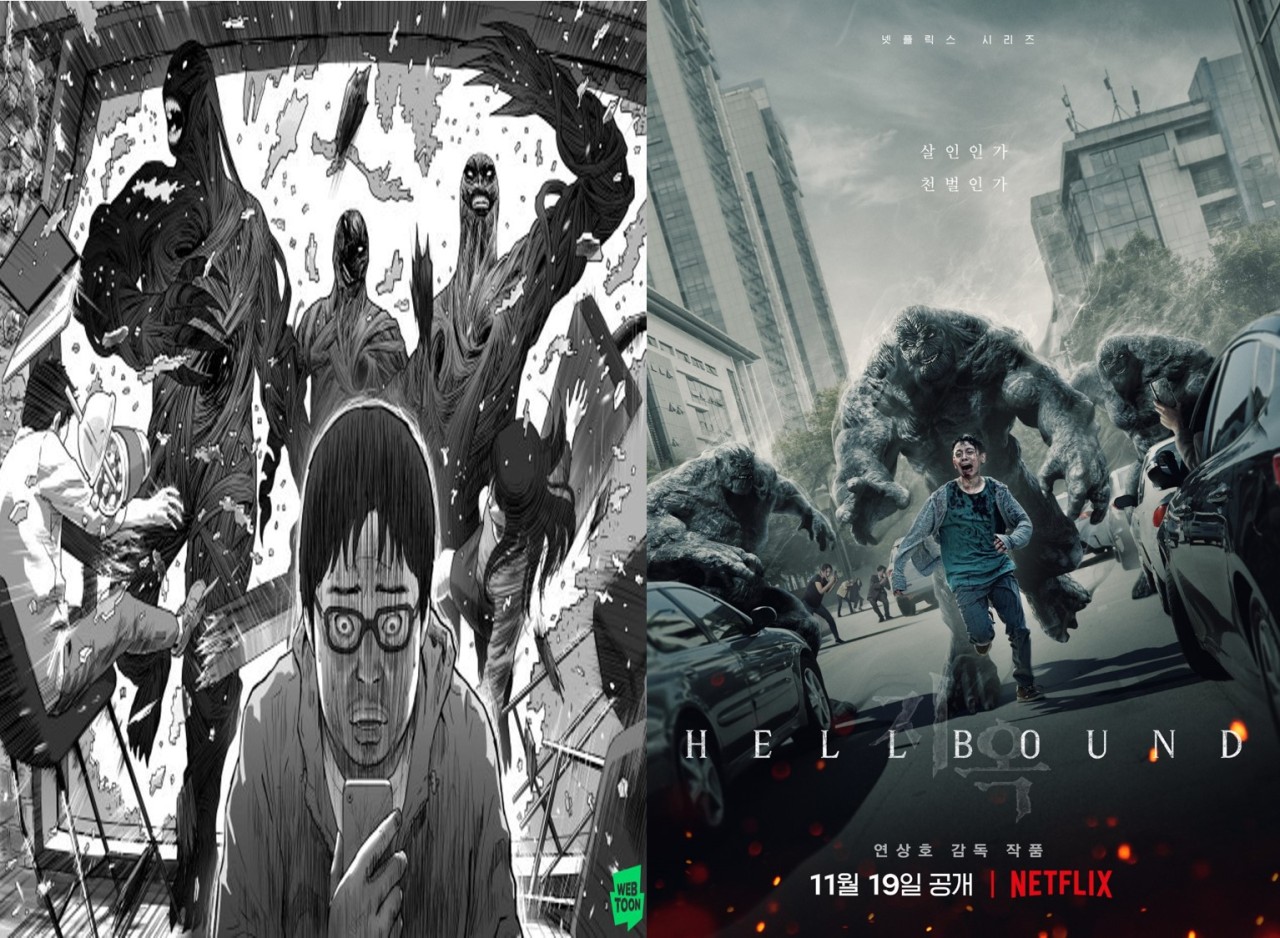 By: Mildred J. Robinson
In: Webcomics
Netflix’s latest Korean Original, “Hellbound,” has captured the attention of fans both local and overseas with gruesome depictions of death and suspenseful episodes.

The series, directed by Yeon Sang-ho, the mastermind behind megahit zombie sensation “Train to Busan,” is an adaptation of a highly-rated webtoon of the same title, also by Yeon.

Although Yeon said he tried “not to stray too far from the original webcomics”, avid readers of the webtoon which ended its run in September 2020 might notice slight changes made by the film-loving director. occult.

The first part of the webtoon and drama series centers on detective Jin Gyeong-hun, who seeks to uncover the truth behind a supernatural phenomenon where some people suddenly receive messages from an angel saying they will be sent to hell. .

While the webtoon portrays the detective’s child as a son, Jin Seong-ho, Netflix’s fantasy thriller offers a different experience by featuring Jin Hee-jung (played by Lee Re) as the detective’s daughter.

When asked why the character changed from Seong-ho to Hee-jung, the director said the role of the detective’s child was created for Lee Re, who previously appeared in the “Train to Busan” by Yeon “Peninsula”.

“I thought the character was to be played by none other than Lee Re. I think I trusted her that she was the actress to bring out and even exceed the potential of the original character Seong-ho,” said Yeon during an online press conference on November 16.

Kim Jeong-chil (Lee Dong-hee), the second president of New Truth, is featured as a man in the Netflix series. Many webtoon fans were curious about the actor who would play Jeong-chil because the webtoon character was portrayed as androgynous, sparking an online debate about Kim’s gender identity.
Fans of the original webtoon might also have been shocked by Netflix’s unexpected ending, which clearly hints at an upcoming season.

“When I was creating the webcomic, I expected to reproduce the series as a video. Maybe that’s why I left an ending open. I hope I can continue to play more with the series” , said the director during the press conference.

The original webtoon is available in Korean, English, Spanish, and French via Naver Webtoon.

2021-11-22
Previous Post: Six popular webcomics to read
Next Post: Manta brings Korean webcomics to the US in a big way