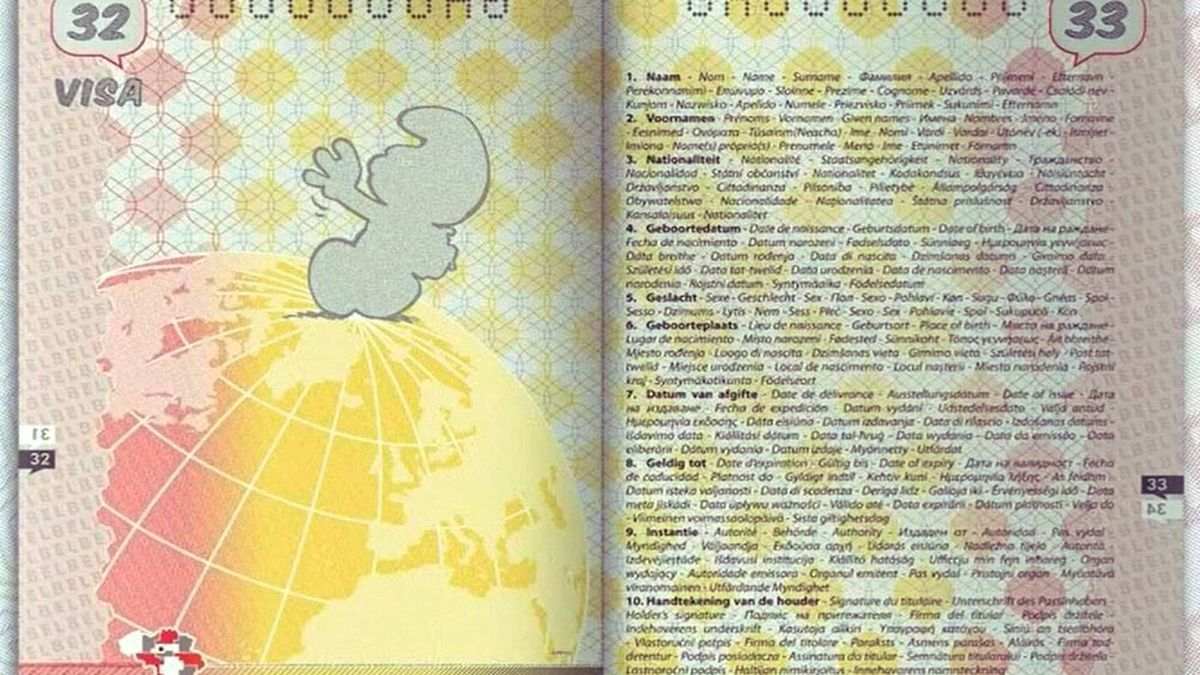 Forget boring government documents, Belgium is a game changer. The tiny Western European nation is causing a stir with its newly designed passport – an artistic showcase of its beloved comic book characters. The Smurfs, Blake and Mortimer, Tintin, Lucky Luke and many other iconic characters appear throughout the new Passports. And the famous Belgian comic stars are now given a role that goes beyond entertainment and cultural representation – their special design helps protect against counterfeiters.

In a statement, Belgian Deputy Prime Minister Sophie Wilmès said: “The Belgian passport is one of the best in the world, it is a source of pride for us, but also an object of covetousness for counterfeiters. That’s why we are constantly working to improve its security. The implementation of this new passport is also an opportunity for us to highlight the 9th art, the comic strip, which is a central element of our culture and our influence abroad.

In Belgium, comics are considered the “ninth art” and widely seen as part of the common national identity (the other eight arts are painting, sculpture, theatre, architecture, music, dance , literature and cinema). Their popularity began in the late 1920s with the creation of Tintin and peaked in the 1950s when Blake and Mortimer and the Smurfs hit the scene. While characters, drawing techniques, and media formats have changed over the years, comics still remain hugely popular. Even today, Belgium has more comic artists per square kilometer than any other place in the world.

It is said that the Belgians’ view of comics reflects their way of thinking and the way they have viewed foreign countries throughout modern history. So adding comic book heroes and heroines to their passport seems like a logical — and endearing — way to commemorate the legacy and unique perspective.

Counterfeiters will no longer have the last word trying to fool the authorities. The silhouettes of the characters are visible to the naked eye, but some parts of the design, such as texture and facial expressions, only show up under UV light, creating a complex layer of security. As Belgian passports are highly sought after by forgers, the increased security will make the customs officers’ job a little easier and maybe even add a touch of humor and fun to their day.

The new passports entered into force on February 2, 2022. The previous version of the passport is still valid until it expires. Luckily for passport holders, there will be no price increase for adding all that Belgian pride.

A celebration for all

If you find yourself queuing at customs next to a Belgian citizen, you might feel a little jealous or have a sudden urge to go see an episode of The Smurfs. But for those of us who don’t see one in person, the cultural tribute will hopefully remind us to revisit the characters who have captured minds and hearts, of all ages, all over the world.