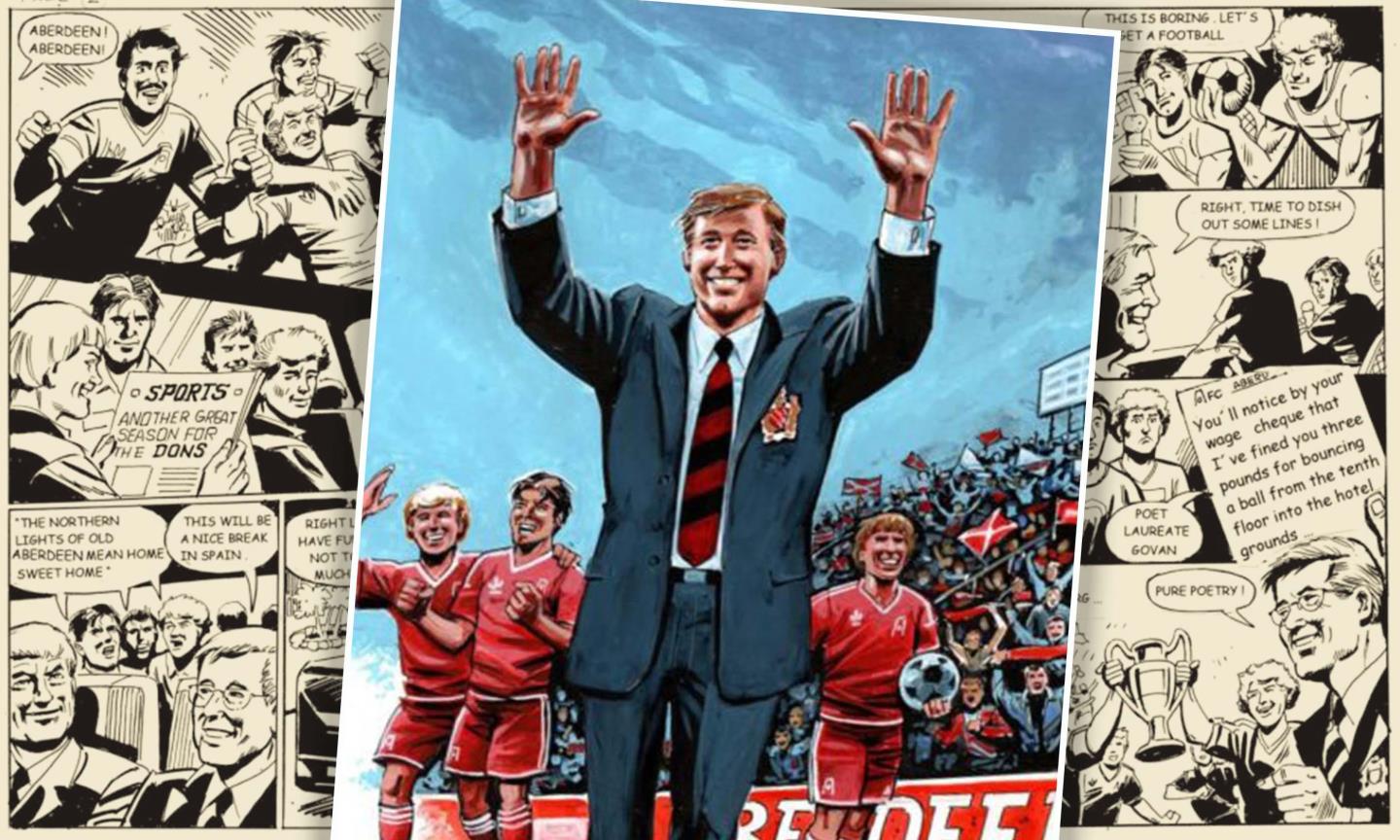 Sir Alex Ferguson’s incredible journey to becoming football’s greatest manager wouldn’t have seemed out of place in the pages of a comic book.

Long before becoming a Knight of the Kingdom, Fergie led Aberdeen FC to unimaginable success at home and abroad after joining Pittodrie in 1978.

He moved to Old Trafford in 1986 with the task of restoring Manchester United to their former glories and in fact took the club to new heights in a historic 26-year spell that brought 38 trophies to add to the nine trophies majors he won with Aberdeen.

To mark Sir Alex’s 80th birthday, we’ve decided to celebrate this true comic book hero by creating our very own Fergie comic in his honour.

Fergie described himself as Govan’s poet laureate during his time in Pittodrie and our sketch looks back to when he fined Aberdeen’s 80s heroes in verse!

Football Picture Story Monthly, artist Carlos Pina, put our storyline to paper in the style of the paperback comic book that brought the beautiful game to life in black and white.

As Fergie says in the final scene: “Poetry in motion!”

Happy birthday Sir Alex and all the best for 2022.

Sir Alex Ferguson: The life of the Aberdeen and Manchester United legend in pictures