Normally the weeks we have “Dr. Frost” it’s the only recurring comic but this week we have something special! No, not “The Star Seekers”. It’s a new one. togas and prepare your best chattering ears, then remember that togas aren’t really a thing in this Olympus because we have “Lore Olympus” to explore.

All that and a mandatory centenary in this issue of The Webcomics Weekly.

Dr Frost
‘The pupil of a genius’ (1) – ‘The trap’ (2)
Updates: Saturdays
By Jongbeom Lee
Reviewed by Elias Rosner

“Dr. Frost” kicks off its 4th season with an odd choice: a two-chapter arc followed by a 7-chapter arc, which I’ve decided to cover only the first two chapters this week. I’ve split it by this way so that I have more to cover next time, but also because I’ll probably spend most of my word count discussing the first arc: “The Student of a Genius”, in hindsight provided by the first two chapters of “The Trap.” To say it’s a doozy is to say the sky is blue.

7 years have passed since Frost woke up from his coma, but we don’t know what he did during that time. In fact, we don’t even know where it is. He disappeared, the implication being that he ran away, and now we have a new central character: Seonga. She’s grown a lot since we last saw her, having completed her studies abroad and is now a full-time professor at the university, while Seon has taken over the late Dr. Chun’s position as that Dean and Dr. Chun’s son is now a detective. with the local police department. This sets the stage for the main focus of “Student of a Genius”, which involved Seonga being called in for help with a police investigation surrounding a bombing by a former militant.

It’s a very simple story, which fits well into the crime genre, and works to showcase Seonga’s skills and how they differ from those of his predecessor. Seonga was always good with documents but not so good with reading people. We also see how much more confident she is as well as the chips on her shoulder. It’s a great use of time skipping, and the perfect way to not only realign the series’ technologies to a more current day, but also provide plenty of empty holes that can be filled over time. I really like Seonga to be our main character now and hope it continues.

Lee has only gotten better at his panels, really ramping up the tension during the interrogation scenes, revealing and hiding information as needed. I’m infinitely frustrated, in a good way, by the little teasing he does at the end of the chapters where you think Frost returns only to be revealed to be someone else. I need to know what’s going on with Moon and his machinations! Will Seonga understand? Will she be in danger? Will Seon be okay? So many questions! We will only have to wait a few weeks to find out. Or else I will. You can all read ahead as you see fit.

Don’t tell me when Pavlov will return after his brief appearance here. I want to be surprised. 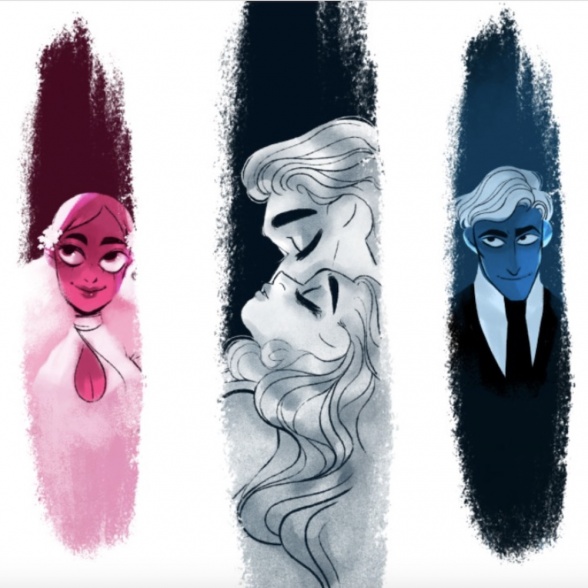 We returned to “Lore Olympus” but other than a few text messages and a tabloid appearance together, our main duo, Hades and Persephone, haven’t seen each other since their fateful encounter in the underworld.

In the final set of episodes, Hera gave Persephone the “opportunity” to intern in the underworld. (Read: she has no choice.) Persephone hasn’t started her internship yet, so she has to go through a day of classes first. She’s studying to be a virgin? I suppose? At University? The actual specifics of how Olympus is built as a city and the underworld is both a city and a society, while the mortal realm is… somewhere… doesn’t matter. For audiences who are invested in romance, that doesn’t matter. For those who want to see the gorgeous artwork and funny faces and eagerly await the appearance of their favorite mythological entity, it doesn’t matter. I’m not sure I fit into either of those camps, though. So I can’t help but criticize the world-building, even if it seems completely out of place. The story is carried by the characters and their interpersonal relationships above all.

Meanwhile, Hades’ Night with Persephone hit the tabloids. Hades discusses this with his assistant-slash-girlfriend, Minthe, who is basically terrible, and Hecate. I’d read an entire spinoff devoted to the adventures of cool-goth Hecate, but here she shows up to tell Hades about being involved with a teenager, then bounces back. Hades was apparently unaware of the age difference between himself and Persephone, which seems doubtful, but this Hades looks like a damaged goof of a god. And it’s an interesting inclusion because it’s like the author isn’t letting readers off the hook by making the romance entirely sane. In the original myth, Persephone has no agency. Here she does, but Smythe forces us to see how the agency we think she has may be more complicated than it seems. How fair is it for Hades, an Old God, to pursue her, if she is much younger and much less powerful? If he is her boss? We want to cheer them on as a pair because they’re both so silly individually that they seem perfect together. But even though “Lore Olympus” reimagines the power dynamics of the original story, we’re still reminded just how complicated romance, especially this one, can be. 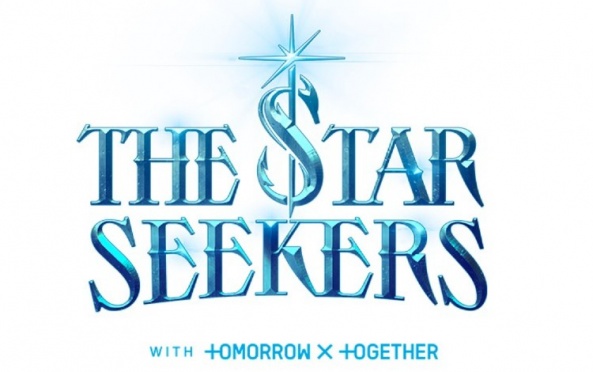 “The Star Seekers” is one of several boy band-led transmedia webcomics that Webtoon has begun publishing, this time featuring the band Tomorrow X Together. Look, I’m not really into music, let alone K-Pop, so I have no idea who these people are. But I do know a thing or two about transmedia and licensing deals, and the main part of their logic is that you don’t make the valuable brand look “bad.” That’s why I got a kick out of characterizing the comic group in the Star One universe, which uses Tomorrow X Together as a base, as worse than bad; they are nobody! Of course, in the long run of the comic these people will achieve fame and wealth, but at first they are put on minimum contracts and forced to ride the bus.

Despite all the corporate licensing that goes into this tape, to the point that I don’t have clear credit as to who made the art, this first episode is actually pretty good. Whoever did the art does a fantastic job of posing in the detailed and lush manhwa style which is pure spectacle at first. Which is perfect as it lays the groundwork for its “The Wicked + The Divine” storyline of magical musicians and a reflective gag. The prevalence of magic led to a tiered system of performers. There are those who have magic and those who don’t and after 3 years and 6 months Star One is both not famous and worse not magic. Added pressure given that their leader, Soule, is the son of a famous magician.

“The Star Seekers” is an ensemble piece that reflexively uses the performance nature of the musical framework to simply put labels on everyone at any given time. The creators are also smart enough not to try to throw everyone off us in this first episode, Soule is the focus of this episode and gives it a strong emotional core.

“The Star Seekers” is off to a good start. I wish they had more, but considering my general cynicism, it’s better than I thought.

2022-01-18
Previous Post: Local cartoonist Paul Trap adds his long-running cartoon to The Sun | get out and go
Next Post: Narayan Debnath, pioneer of Bengali comics, has died