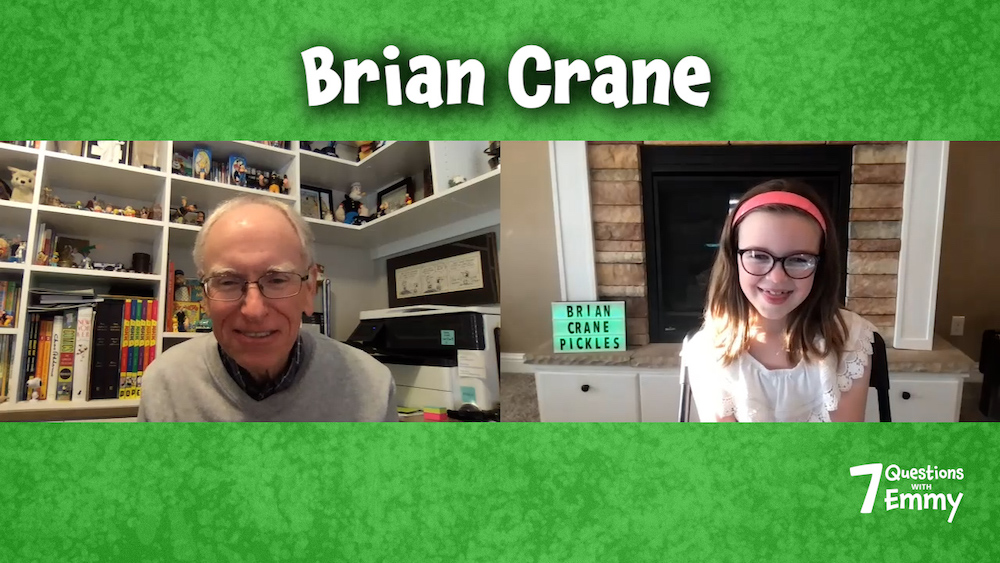 The Man Behind the Famous ‘Pickles’ Comic Answers 7 Emmy Questions

Every week, I interview fascinating people in our community, our nation, and around the world!

The idea came from a Facebook commenter who saw a video of me and my family floating down the river at Island Park. The person said I should turn things around and interview my dad (Nate Eaton) – so I did and the rest is history!

Today I speak with Brian Crane. He is the creator of “Pickles”, one of the most popular comic strips published in newspapers for over 30 years.

“Pickles” is about an elderly couple, Opal and Earl, and their daughter, grandson, and pets. It was syndicated by the Washington Post Writers Group in 1990 and today appears in 1,000 newspapers around the world. In 2001, Brian received the National Cartoonist Society’s Best Cartoon Award.

Here are the questions I asked Brian:

Watch my interview with Brian in the video player above and you can read more about him and “Pickles” on his website here.

If you have an idea for someone I should interview or just want to say hello, drop me a line! My address is emmy@eastidahonews.com.