Yesterday was Valentine’s Day which means today is 1/2 chocolate day. To celebrate, we have three comics for you! Ok, it has nothing to do with either of these days but the sequences are tough and I’m distracted by all the chocolate I’m about to devour. I promised my “Dr. Frost” it wouldn’t be an “Ordeal” or much of “A DeadbEAT’s Meal”, but that’s a lie. I’m definitely going to make a full chocolate meal.

All that and a whole lot less cocoa-based discussion in this week’s The Webcomics Weekly.

Food brings people together. It’s a cliché but it’s also true! There’s a reason so many cultural traditions are centered around food, from religious ceremonies to sports celebrations involving chicken wings and nibbles and a certain show halfway through a certain game. The meals we share together are part of our relationship with each other, and that’s the premise of aptly named artist CHEESE’s “A DeadbEAT’s Meal.”

Jaeho is the title deadbeat. He likes food and he doesn’t have a job. He’s had friends and a girlfriend for seven years, so how bad can things get? Well, in the first episode, Jaeho gets dumped over text, so not great. But we start to see how things went wrong between Jaeho and Sujeong via flashbacks to the meals they shared together. The two share a love of food, but Jaeho’s selfish behavior (and a bout of illness that doesn’t seem to be his fault) keeps Sujeong from enjoying their meals.

Although this comic is just getting started, I feel like I’ve started to get a good sense of the relationship between the main characters and how they may have changed over the years since they met. CHEESE cleverly gives them different hairstyles in flashbacks, so you’ll never get confused when you start taking a trip down memory lane. And the food ! The panel with fried chicken in the first episode is a work of art. It’s both appetizing and technically impressive as a drawing. The characters themselves have basic webtoon faces and expressions, but the food is rendered in extremely loving detail, down to the sheen of a broken egg yolk.

“A DeadbEAT’s Meal” is a slice-of-life comic that will leave you hungry and may also make you think about the meals you’ve shared with the special people in your life (for better and for worse). In terms of character development, I hope Jaeho gains some self-awareness because in the first three episodes, he’s a bit of an inconsiderate jerk. But Sujeong also doesn’t communicate how hurt her feelings are, so it’s up to her. If we’re supposed to encourage the two to get back together, they’ll both have to do some soul-searching, because the love of good food alone isn’t enough to sustain a relationship or a webcomic.

These three episodes are absolutely jam-packed and if I hadn’t deliberately rationed these chapters to be fresh to review, I would have absolutely devoured everything else in this arc and beyond.

Frost and Seonga take a backseat in ‘Tower of Leviathan’ to a character we’ve seen quite a bit in the last few instances, but not really enough to understand who he is beyond his seeming laziness and willingness to wholesale plagiarize articles. I love how his drowsiness seems to be born out of a deeper trauma and how Frost is able to nudge him and get him to re-embrace, however reluctantly, his reporter nature. It’s great, naturally following the themes of the last arc and continuing the plot without introducing too many unrelated new wrinkles.

Developing a political science conversation group of seemingly normal young people tied to Jiseong’s radicalization is a great way to accomplish the dual goals of giving the reporter meaningful intrigue and maintaining suspense. It also allows Lee to explore another side of Moon’s attempts to fabricate a fit of hate AND a fascinating look at the organizational nature of brainwashing. For example, we see how layers of this conversation group are stripped back to reveal it as an integration point for sensitive and potentially vulnerable people. It’s easy to see how the same framework can apply to reddit threads, closed Facebook groups, telegrams and WhatsApp; it is simply the digital extension of analog methods.

Additionally, as with “The Trap”, “Tower of Leviathan” continues to ask questions about how the modern world can be manipulated and used to affect people psychologically. Fake news (i.e. intentional misinformation), puppet social media accounts, radicalizing YouTube accounts (or MeTube in Frost’s universe) are all mentioned as contributing to feelings of unease, mistrust and distrust of everyone and everything around us, feeding on fears and insecurities, and ultimately locking people from the rest of the world into a new and dangerous silo. In this case, much of it is coordinated and deliberate on a large scale, tiptoeing into conspiracy theory territory but staying close enough to reality – which tends to be more decentralized and uncoordinated in its expressions. of the same concepts – to stay spooky and resonant. This prepares me and prepares me to see where we go next and how Seonga and Frost will hopefully put a stop to Moon’s plan. 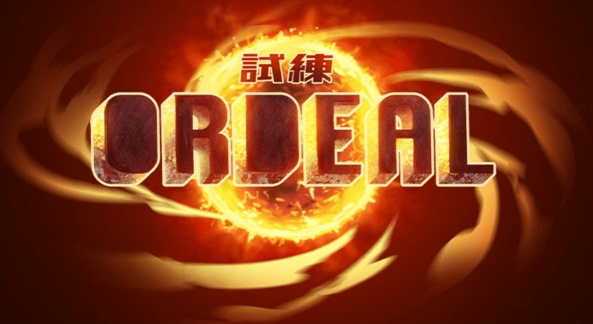 “Ordeal” follows in the long line of combat sports comics and anime like “Hajime no Ippo,” but with a sci-fi twist bringing it closer to something like Megalobox. These are all well-worn tropes. It would be easy, and not so far off, to describe the main character Che as Rocky-esque with his poorer, working-class side. Although such a comparison is not entirely appropriate due to the fact that Bristol establishes the band in the Republic of Trinidad and Tobago. The point being “Ordeal” has a lot of generic markers that will make this band feel familiar.

This familiarity extends to the sci-fi core of the series, which is set more than 50 years after genetic modification led to the development of Kimyos (read: mutants). Half a century and a war later, one in three people on Earth has some kind of power. You can also think of it as quirks of “My Hero Academia”. The large allegorical and societal structures still need to be fleshed out. Bristol makes good use of built-in cultural awareness to pay homage and utilize the powers of extratextual characters.

At the center of it all is Che, who isn’t really a character, except he’s a cool dude. A human who trains in a dojo to do metahuman MMA for all intents and purposes. Although it has yet to reach Goku, the series also clearly draws inspiration from various battle manga.

It’s incredibly easy to reduce “Ordeal” to a bunch of references to other comics and media and call it superficial. Maybe it’s just a little superficial after watching the first 5 episodes. But Brent Bristol does the important things right: his art isn’t like many others on Webtoon. The future Caribbean setting is unlike anything I’ve seen on webtoon. Their art reads like a mix of Clayton Crain and early 00 Image, there’s a playful cartoonish quality mixed with realistic rendering. So far, their macro tape design isn’t revolutionary, but they clearly know how to stage fights well in this format.

“Ordeal” does just the right thing to stand out even if it mixes up its credentials a bit too clearly.