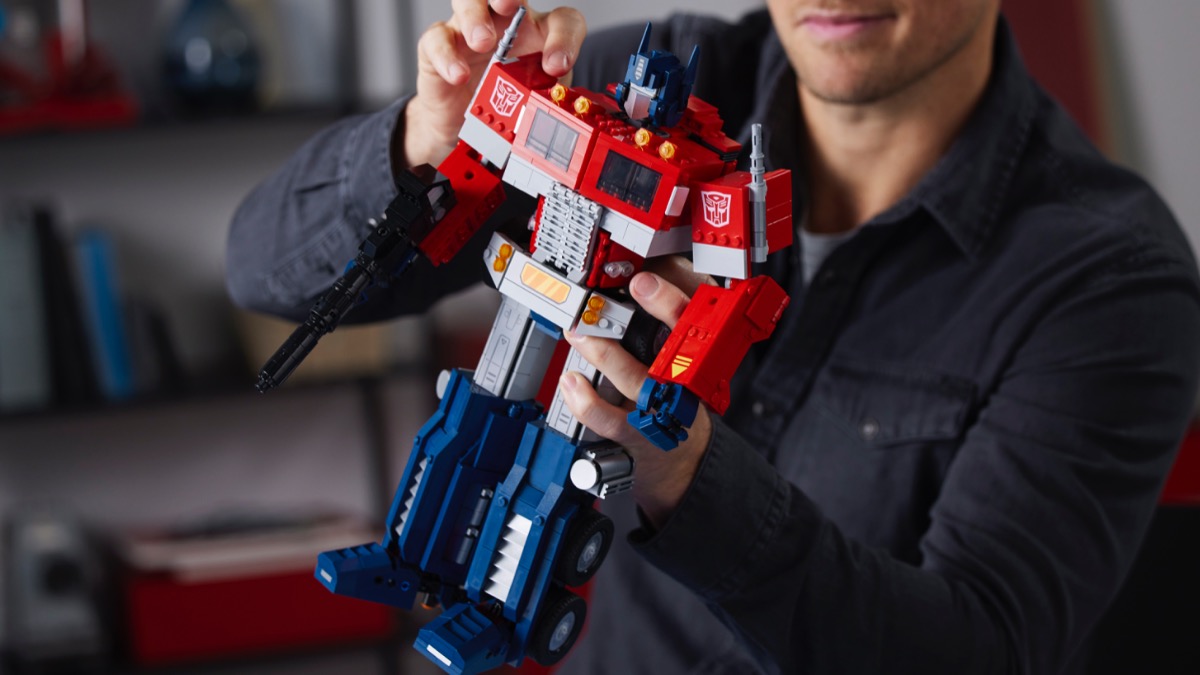 10302 Optimus Prime proved to be a welcome surprise in the LEGO 2022 lineup. It recreates the leader of the Autobots in the Transformers franchise, preserving a crucial feature from the original toys. He can transform from a humanoid robot to a cabin truck without removing any parts; several accessories like an ion blaster, an energon cube and a jetpack are also included.

Now Twitter user @Happyboy1604 has taken it a step (or two) further. Using other elements, he recreated a comic strip that sees Optimus carrying a pair of pickup trucks on his feet.

The tweet’s alt text reveals that two existing sets were borrowed for construction. One foot uses 60198 Cargo Train’s armored van, while the other uses 60283 Holiday Camper Van instead. The resulting build is very impressive and captures the comic book vibe quite effectively.

No instructions were provided for the build, so we don’t know exactly how it was done. If you would like to try out this customization yourself, all three used sets are currently available for purchase online. That said, with a combined RRP of £337.97 / $419.97 / €379.97, the joke may be on you rather than your audience.

Support the work that Brick Fanatics done by purchasing your LEGO using our affiliate links.