The DC/Webtoon partnership has released another comic and we’re here to cover it! We also have a preview of “This Life to the Next” and more “Dr. Frost” for you all. 5 more until we hit 200! Can you believe it? My brain, running on steam , certainly cannot.

I’ll be honest, doing two episodes at once instead of four-six is ​​starting to get difficult. While there’s a lot going on on an emotional and expositional level, other than the “plot” or the action, there’s not much to dig into that I haven’t not done before. We get some revelations about Moon’s past, we get Frost to have a heartfelt conversation with the guy who saved him at the end of the last episode, and we also learn more about this guy. It’s well done, but still in its early stages, with not much to dig into as questions arise and tension builds.

Well, I say there isn’t much, but the character work actually has a lot that I could talk about. Frost’s conversation with the former school custodian is meaty and expands on them both for us. Frost’s insecurities are front and center, giving us a chance to see just how different he is from the Professor Cocksure we first met and also the scared hermit we saw at the start of the season. The former school janitor, on the other hand, is hot-headed and semi-aloof from his granddaughter and clearly very lonely but can’t admit it, eventually allowing Frost to do what he does, but with less passion than before.

You know, although the pacing isn’t quite the same, I get “Monster” vibes from these episodes, especially the chapters where Tenma is on the run in Czechoslovakia/Czech Republic. Many of the beats are similar, such as the renewed focus on character work, especially with an all-new character. the parallels are helpful in understanding what Lee hopes to accomplish with “Eggshells”. Of all the works I can draw inspiration from, I can’t think of a better one and Lee clearly understands what makes this comic work and that gives me hope and fear for the rest of the arc. 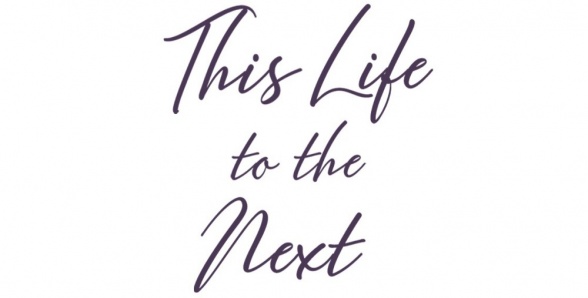 What happens to your soul when you die? (Don’t sweat the answer, it’s just a rhetorical question to get you thinking.) In “This Life to the Next”, souls are helped to the afterlife or given another chance to be alive. Two competing camps try to sway souls one way or the other; in the first episode, we discover that Isaeng guides souls to death while Jeongto calls them back. They were childhood friends, but now they are hereditary enemies! Something tells me they might fall in love.

But before we learn more about the world of souls, let’s go back to the childhood of Isaeng and Jeongto. Isaeng’s grandfather runs a morgue next to the hospital where Jeongto’s father works. They joke (a lot) about their friendly rivalry but seem to really get along, despite being on different sides of the divide between life and death. A car accident victim is brought to the hospital with an angry spirit bent on revenge, which puts both families to the test. As of episode five, this introductory chapter of Isaeng and Jeongto’s story isn’t over, so I don’t know yet how the couple have been apart for ten years, just that they are.

I started “This Life to the Next” because I’m a sucker for “not supposed to fall in love/be friends with you” tropes as well as grim reaper/afterlife stories. So when the extended flashback to the main character’s childhood happened, I expected to be bored and hit the back button. I didn’t, however, because the story of young crash survivor Muyang and his father was really compelling and the supporting characters were adorable despite there being only five episodes of content. The aggressively awful reporter using fake names to get to places he shouldn’t is just a joke, but as it keeps repeating itself, it really grew on me. There’s a gentle humor to the story that isn’t overbearing but is enough to keep me invested. I’m not one hundred percent sure that “This Life to the Next” will romantically pair the two principals, but if it does, the fact that we got to see them develop a real friendship in this flashback helps their relationship to feel real and layered.

Buddhism and Korean funeral rituals are central to Isaeng’s family business and thus history. It’s not a subject I’m familiar with, but I found this comic easy to read regardless and an intriguing way to learn. The character designs are easy to tell apart and hilarious when they switch to “chibi” mode. I can’t wait to see more older Isaeng and Jeongto, because they both look great in costume. If the afterlife intrigues you, or you just love a story like “opposites attract,” “This Life to the Next” is worth a look.

DC’s webtoon partnership continues with ‘Zatanna and the Ripper’ which offers something noticeably different from previous entries like ‘Wayne Family Adventures’ and ‘Vixen’, this strip isn’t strictly speaking a superhero strip. hero. While “Wayne” was more the episodic life version of masked vigilantism, “Vixen” is more in the traditional vein. “Zatanna,” however, aims to be a supernatural mystery with the titular magician hunting Jack the Ripper. “Zatanna” doesn’t go full “Gotham by Gaslight” as it features a young Zatanna on her 21st birthday transported to London in 1888 after a fight with a mysterious witch and a potential sacrifice by her father. Its name also suggests a decidedly limited scope for the series compared to previous entries, much like print comics, perhaps not every webtoon needs to be over 300 episodes and run forever.

There’s a lot to immediately love about this strip. Rachel Koo’s thumbnails, and I assume the overall layout design, give the episodes a solid foundation. Syro’s inks are solid, striking a nice middle ground between the stylized representational curve of mainstream DC and the more expressive manga influence that dominates webtoon. Syro’s figure work, especially their faces, strikes me as Issac Goodhart-esque in the best way. Everyone on the creative team does a great job, especially the Thismightydimo lettering in the first episode helps bridge the gap between the panels and uses onomatopoeia to connect with the magical energies that Zatanna calls upon in new ways.

Everything is technically very mastered, if not brilliant, and yet after reading these three episodes there is this slight feeling of envy and not in a good way. Something about the episode’s narrative structure feels slightly unsatisfactory. I can’t really quantify this feeling. The length of these strips is consistent with others I have read. Maybe it’s a plot thing where each strip has about a big plot moment before it hooks up to the next one, but most “2000 AD” strips work that way and leave me wanting more. These tapes work better as serialized episodes than many tapes. It all sounds contradictory because it is. “Zatanna and the Ripper” has so much going for it, at the same time it feels a bit short. Perhaps this is an issue that will be ironed out as the plot continues and the creative team has worked more together. Either way, it’s worth checking at least that DC and Webtoon are willing to take some risk in this publishing deal.

2022-07-19
Previous Post: How to raise young people’s awareness of climate change? This comic might have the answer
Next Post: A young artist draws attention to the comic book legend