The Webcomics Weekly is back in your life. In the vast, endless and ever-expanding ocean of webcomics, our intrepid wranglers have all chosen series beginning with the letter “L”. It’s the “little things” as it turns out. The little moments that slowly bring the mass together and become big as seen in this batch of “Lavender Jack” as well as this batch of “Lore Olympus”.

The Nighthawk’s story is revealed along with more information about Theresa Ferrier’s origin.

Schkade pulls off an interesting trick in this batch of episodes, returning to the use of narration boxes via Captain Oscar Berrada’s journal. Berrada becomes our window to the past as the old veteran of war and law looks back on how his student passed them. It’s interesting in that it offers a different perspective on Ferrier, who, when written from that perspective, receives this mythical introduction to Sherlock Holmes. There’s a similar kind of brilliance in Berrada’s scribbling but the distance between them and her is greatly reduced; it indicates how myths and fame are made.

What begins as another case becomes the fundamental case not of all of “Lavender Jack”, but of the explanation of the story between Ferrier, Endo Gall and the mysterious Nightjar. In the interwar period, which never really ended in this universe, there was a small city-state rich in minerals. But the administration of this state was not ready to be welcomed into the hegemony of Gallery and its allies. And so the assassins come into play and one of Endo Gall’s original sins is revealed. Schakade’s cartoons and character acting shine through in this set of tapes as they have to create the idea of ​​a person in very little space. Young Nightjar only has one meaningful talking scene, but the way he draws it in every other moment does more to humanize and explain his inner self than a well-done scene with Ferrier.

Formally, there isn’t anything ‘new’ in this batch of tapes, they’re just extremely well put together. I assumed that the minor Agatha Christie piece that takes place in these three tapes is new and well done. These three tapes make for an engaging and comprehensive narrative that you could give someone to entice them to read this tape and none of the great stuff would go to waste. The know-how would be there. It also creates the byproduct of making me want a Young Theresa Ferrier spin-off.

And with that, we’re on hiatus until “Lavender Jack” comes back. It’s time to find a new band to dig for a while. 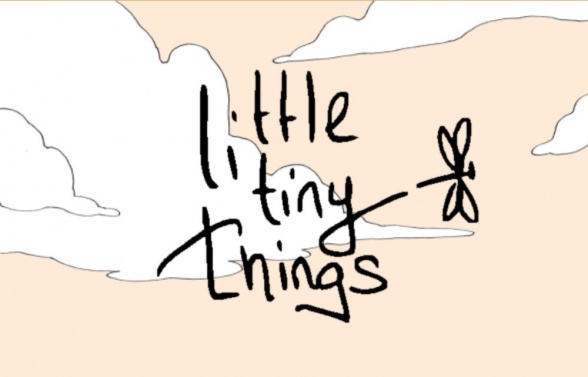 At the start of the year, I said “Little Tiny Things” was on my must-read list every week. Well, I’m happy to report that six months later, there are still some! Each new page of “LTT” is a real treat, filled with charm, small-town intrigue, and all the depth of character one could hope for from a character-driven drama. I love Emile. I love Pia. I love Noelle. I even like the angry, potentially-but-probably-not-vampire woman we just met. In fact, I don’t think there’s a single character that I don’t like or want to see more of.

Clover’s artwork continues to impress and I can’t sing his praises enough. Everyone is so malleable, like they’re made of rubber, allowing their emotions to stretch and smash and be molded into the way they are. To feel rather than what they would look like on a photo-realistic person. Emile gets them the most, as he seems to speak with his whole body, his hair falling out with every move, but the first panel on page 55 and all of page 58 is Pia’s treasure. And the tiny ladybug sucking up her tears! So cute, and the exact rhythm needed. A bit of light, a bit of melancholy, and a way to make Pia forget everything (or anyone) that has upset them.

I don’t know why, but black and white comics tend to evoke a sense of timelessness and quiet contemplation better than color comics. Maybe because it’s an abstraction of the world or reminders of a time when color representations were dwindling. Maybe it’s because the grays are dark, reminiscent of a cloudy day. Or maybe it’s because there’s less competition for our attention, so people are front and center and their emotions, issues, lives are what we are asked to care about.

And life is hard. But they are also happy. Clover reminds us of this not only through their characters and the story of “Little Tiny Things”, but also by injecting a light touch of red or yellow, reminding us that even when everything seems gray, there are still elements that shine and bring some color to a dull world.

Apollo just can’t seem to leave Persephone alone. His stalking behavior continues and results in a standoff between him and Hades which leaves Persephone trembling with rage but unable to do anything except steal her lyre and break it while her hair grows and turns red. (It’s supposed to be menacing, but Persephone is such a harmless character that she doesn’t really seem capable of doing much damage. At least not at the moment, anyway.)

Meanwhile, the endless drama between Hera and Zeus results in the appearance of Ares, who also shows up to harass Persephone when she gets mad at Hades for torturing the paparazzo who photographed them together. There are so many characters in “Lore Olympus” (rightly so, since it’s about Greek mythology) that I honestly can’t remember if Ares ever appeared. He harasses Persephone in such a condescending way that their interaction was hard to read, but it seems like that’s his thing? Show up and harass people until they want war? It’s unclear, but hopefully the fury simmering beneath Persephone’s interactions with Apollo leads to some interesting action. Although “Lore Olympus” is a romance, its adaptation’s source material contains so much violence that it wouldn’t be at all odd if it included an action scene or two.

This batch of episodes moves the plot forward quickly, so it’s hard to talk about it in a way that doesn’t just wrap up plot after plot. “Lore Olympus” feels like it’s moving at a glacial pace at times when it comes to the romantic tension between Hades and Persephone, but the pieces continue to move rapidly across the board. There are so many that it is sometimes difficult to find your way around.

While Persephone has begun to embrace some of her inner rage, her character design also seems to change with her mood. Her eyes turning red and her hair changing color are sure signs that something is up, but sometimes her whole body shape changes in a way that makes her face look rather odd. It’s a definite visual change from the candy-colored Princess Persephone we’ve known for eighty episodes, but I’m sometimes not sure if the changes are intentional or if this new style will last.

2022-05-03
Previous Post: Cartoonists find humor as they age
Next Post: The Political Pundit Comic Strip: Anyone Who Criticizes Me Hates The Police